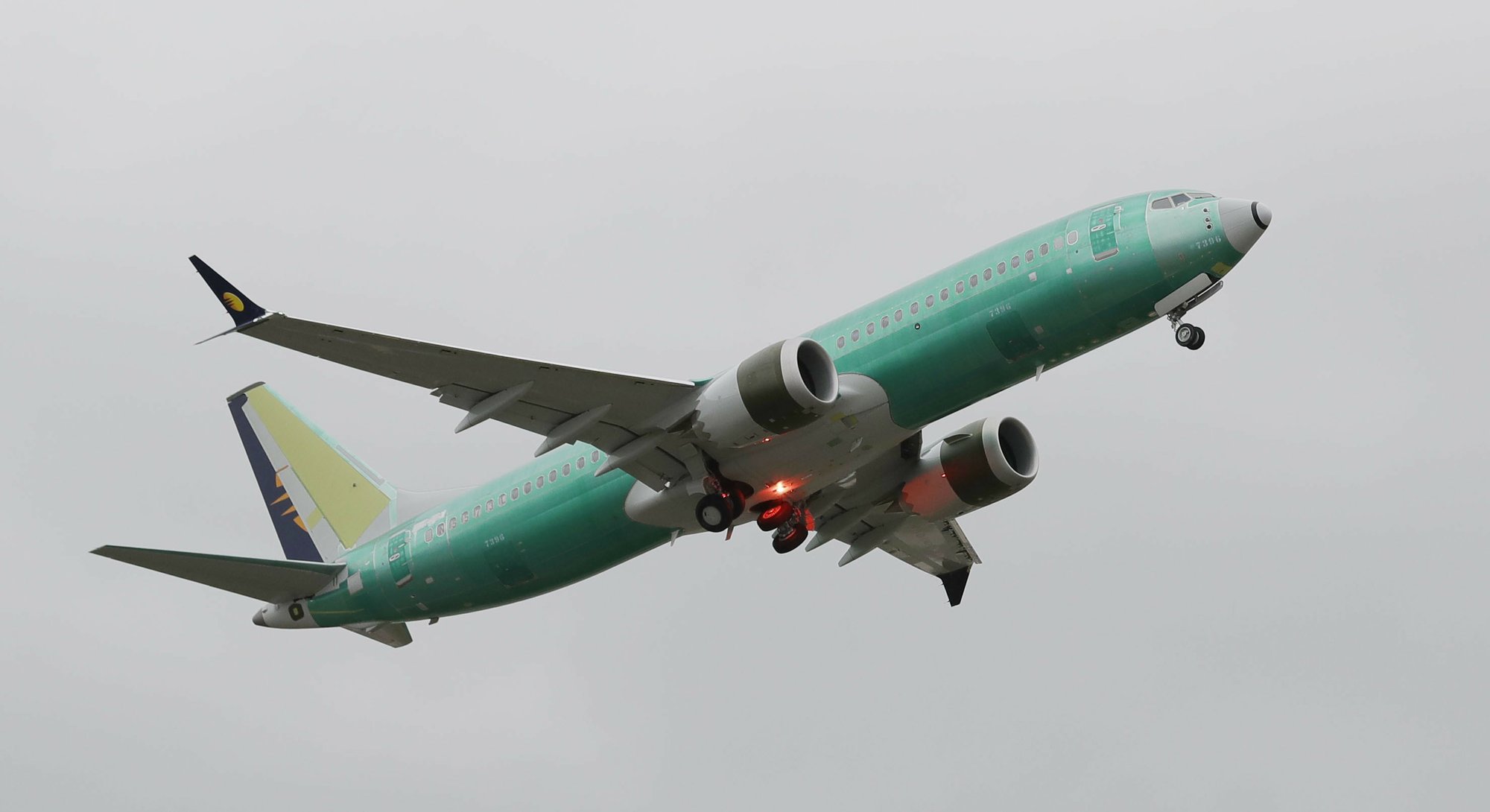 A Boeing 737 MAX 8 airplane being built for India-based Jet Airways, flies after taking off on a test flight, Wednesday, April 10, 2019, at Boeing Field in Seattle. (Photo: AP)

Boeing has made 96 flights to test a software update for its troubled 737 Max jet, according to the company’s CEO.

Dennis Muilenburg said Thursday that more test flights are planned in the coming weeks as Boeing attempts to convince regulators that the plane is safe.

The Max was grounded by regulators around the world last month after deadly crashes involving the plane in Indonesia and Ethiopia.

In both cases, faulty information from a sensor caused anti-stall automation to kick in when it wasn’t needed and push the plane’s nose down. Pilots struggled to counter the plane’s actions but were unable to avoid crashing.

Muilenburg, who spoke at a leadership forum in Dallas, said Boeing representatives have met with pilots and airline officials in the U.S., the United Kingdom, Singapore and China to discuss the changes it is making.

Separately, Democratic Sen. Edward Markey of Massachusetts introduced a bill in Congress Thursday requiring plane makers to provide airlines with all safety equipment now considered optional and to do so without an additional charge.

Markey said safety equipment that had not been installed on the Boeing 737 Max jets in Indonesia and Ethiopia might have saved them from fatal crashes. He says the equipment could have alerted crews to false readings from sensors implicated in those crashes.

Boeing says its planes are equipped with “all critical features” necessary for safety. It has said it will provide two features missing in the two crashed planes free of charge.