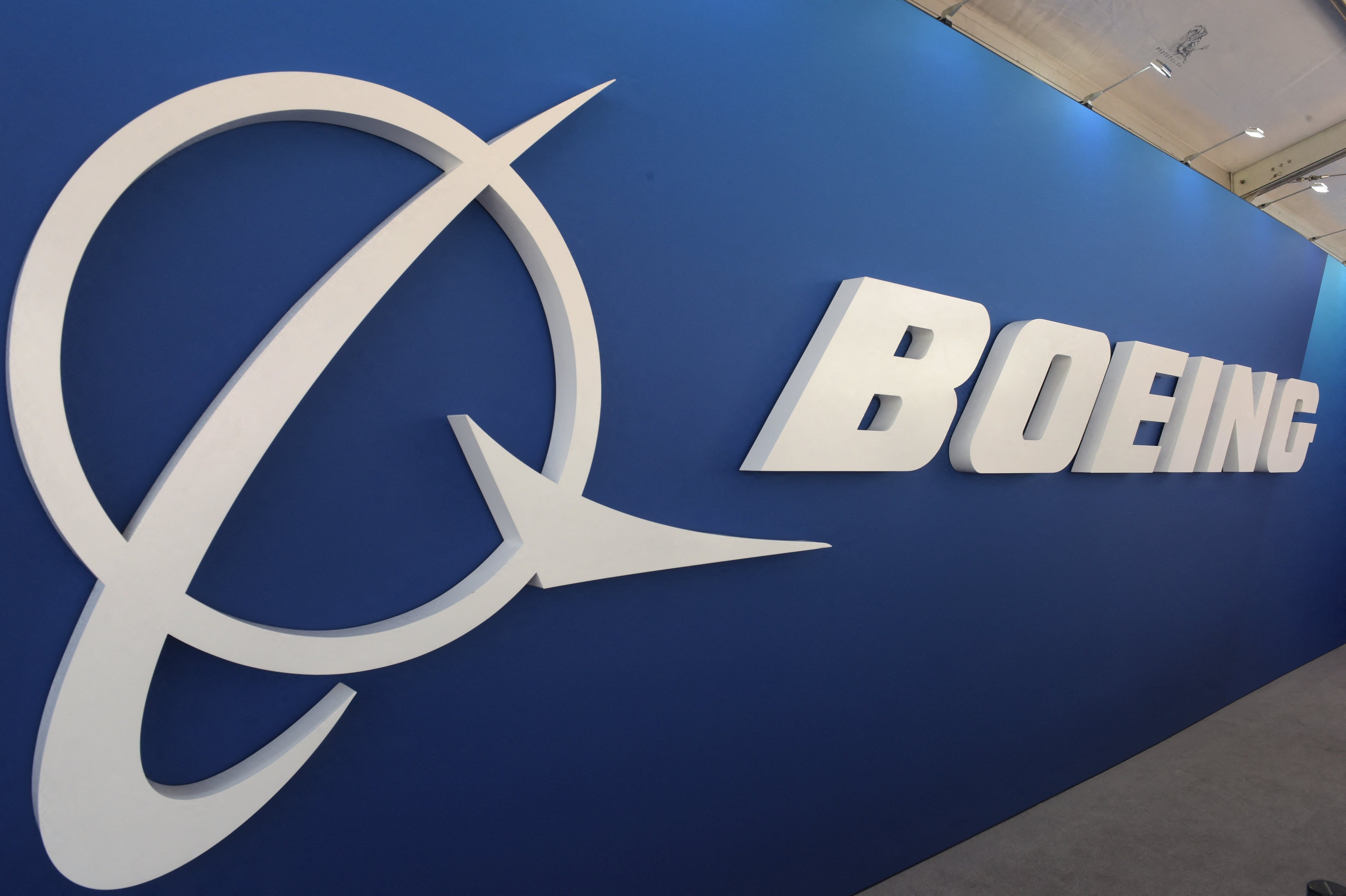 This file photo taken on June 19, 2019 shows a Boeing Logo in one of the Boeing's stands at the International Paris Air Show at Le Bourget Airport, near Paris. (Photo: AFP)

Some 128 Boeing 777 aircraft using the same Pratt & Whitney engine which failed on a flight out of Denver have now been grounded, a spokesperson for the giant US planemaker told AFP on Monday.

In a statement Sunday, the company had recommended that all the aircraft concerned should be grounded as US regulators investigated a United Airlines flight which was forced to return to Denver airport after one of its engines caught fire and broke up.

As well as United Airlines, the PW engine type was also used by Japan's ANA and JAL groups, plus South Korea's Asiana Airlines.