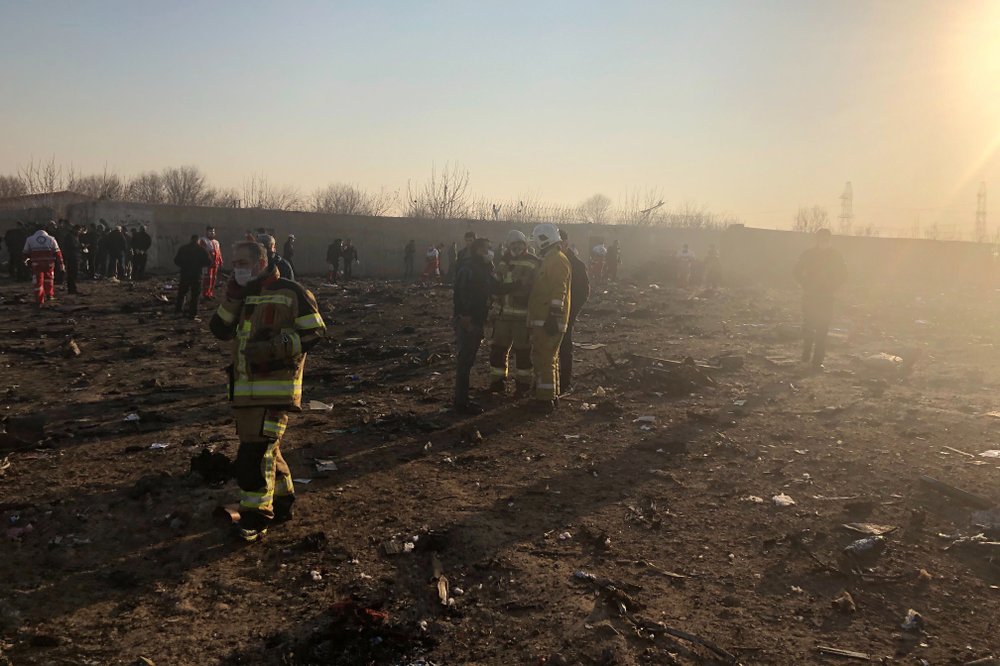 SAN FRANCISCO, Jan. 8 (Xinhua) -- US airplane giant Boeing Company said Wednesday that it is ready to provide any necessary assistance after a Ukrainian airplane crashed in Iran, killing more than 170 people aboard, earlier in the day.

Boeing called the crash "a tragic event" and offered to "assist in any way needed," saying it is "in contact with our airline customer and stand by them in this difficult time."

The Boeing statement came after the Ukraine International Airlines (UIA) Flight 752 flying from Tehran to Kiev, Ukraine went down near Tehran Imam Khomeini International Airport. All passengers and crew members on board the Boeing 737-800 jet were killed.

UIA officials have denied mistakes by the crew in the jet's crash, saying the plane went through scheduled maintenance on Monday before departure. The aircraft was built in 2016 and delivered directly to the airline from the manufacturer.

Boeing is grappling with a crisis after its Boeing 737 MAX planes were grounded globally in March last year, in the wake of two separate crashes involving two aircraft of the same model in Indonesia and Ethiopia in less than six months. The two fatal incidents killed a total of 346 people aboard.