Islamic State-allied Boko Haram jihadists have killed another kidnapped female aid worker in northeast Nigeria, the government said on Monday, a month after one of her colleagues was murdered. 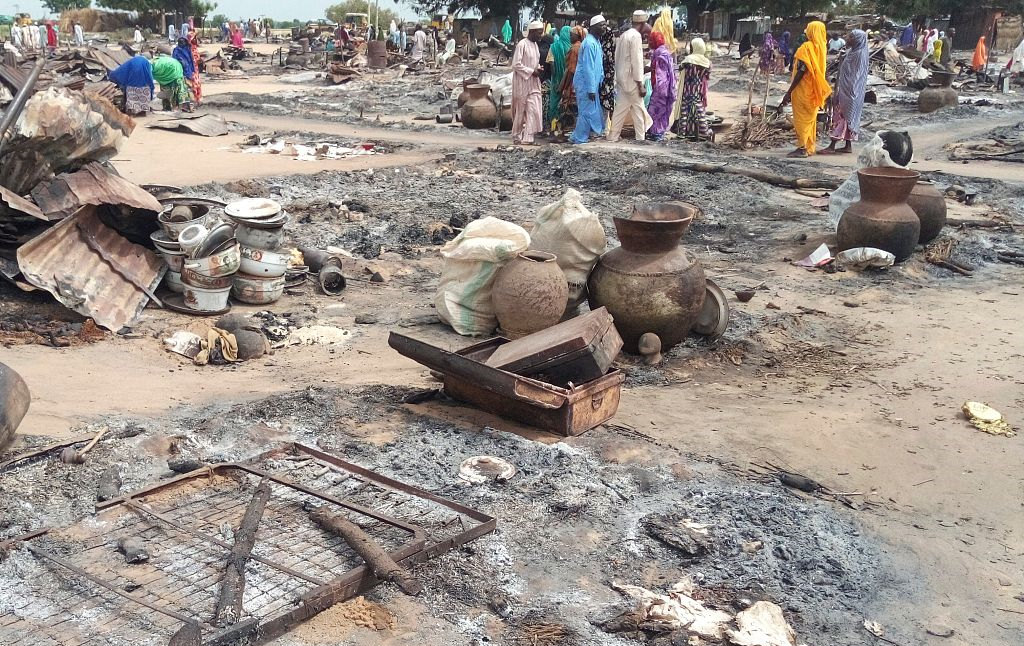 Women sift through the remains of a market blown up during an attack by Boko Haram on September 20, 2018, in Amarwa, some 20 kilometres from Borno state capital Maiduguri. (File photo: VCG)

Information minister Lai Mohammed did not identify the victim but described the killing as "dastardly, inhuman and ungodly", and vowed to push for the release of two remaining female captives -- an aid worker and a 15-year-old girl -- held since earlier this year.

Three female health workers were kidnapped during a Boko Haram raid on the remote town of Rann, in Borno state, on March 1 that killed three other aid workers and eight Nigerian soldiers.

Two of the kidnapped women, Hauwa Liman and Saifura Khorsa, worked for the International Committee of the Red Cross (ICRC), while the third, Alice Loksha, worked for the UN children's agency, UNICEF.

There had been no news of the trio until last month when the ICRC said it had received footage of Khorsa's killing from the IS-backed Boko Haram faction Islamic State West Africa Province (ISWAP).

ISWAP then threatened to kill Liman and Loksha, as well as the teenager Leah Sharibu, a Christian schoolgirl kidnapped from the town of Dapchi in February.

The ICRC last weekend appealed for the captives' release and for the jihadists to show mercy, as they were "doing nothing but helping communities" in the conflict-riven region.

Information minister Mohammed said the government was "shocked and saddened" at the unjustified killing, and extended his condolences to the woman's family.

"It is very unfortunate that it has come to this. Before and after the deadline issued by her abductors, the federal government did everything any responsible government should do to save the aid worker," he added.

"As we have been doing since these young women were abducted, we kept the line of negotiations open all through. In all the negotiations, we acted in the best interest of the women and the country as a whole.

"We are deeply pained by this killing, just like we were by the recent killing of the first aid worker.

"However, we will keep the negotiations open and continue to work to free the innocent women who remain in the custody of their abductors."

More than 27,000 people have been killed in northeast Nigeria since the Boko Haram insurgency began in 2009, while nearly two million others remain homeless.

Nigeria's military and government maintain the Islamist rebels are weakened to the point of defeat but fighters from the IS-backed faction have conducted repeated raids on military bases in recent months.