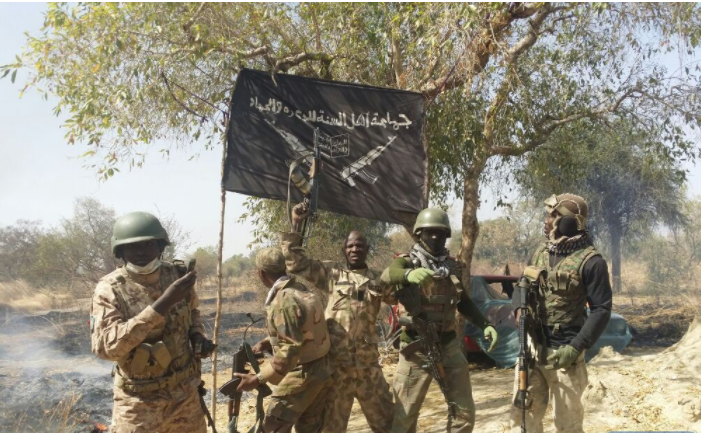 ABUJA, July 28 (Xinhua) -- At least 55 villagers were killed in three separate attacks in Nigeria's northeastern state of Borno, the latest by Boko Haram militants in that part of the country, a local official said Sunday.

Babagana Umara Zulum, the governor of Borno state, told Xinhua that the attacks occurred since Saturday morning in Nganzai local government area of the state.

Zulum, who visited the area on Sunday to sympathize with victims, said so far 55 bodies of residents in Badu Malam Kyariri, Zawa and Lamisula Bukar Bulala villages have been found after the Boko Haram militants' attacks.

Abbagana Ali, head of the Civilian Joint Task Force, a pro-government militia group in the area, said some of the victims were killed while conducting a funeral at a local cemetery.

Ali told Xinhua that about 26 bodies of mourners were recovered in a graveyard in Badu Malam Kyariri village, where a funeral was being held when the Boko Haram militants struck.

The militants stormed the village in five gun trucks mounted with anti-aircraft guns, he said.

Audu Liman, a resident of Zawa village said the Boko Haram militants who attacked them also burned many houses and stole foodstuffs belonging to the villagers.

"They did not spare anybody. They killed women and children here. Most of us ran with our hearts in our mouths," said Liman while recounting his near-death experience with the gunmen.

Boko Haram, which launched attacks in Nigeria's northeast a decade ago, is known for its agenda to maintain a virtual caliphate in the most populous African country.