Suspected Boko Haram militants have killed at least 50 people on an island on Lake Chad, bordering Cameroon and Chad, a local official told the BBC. 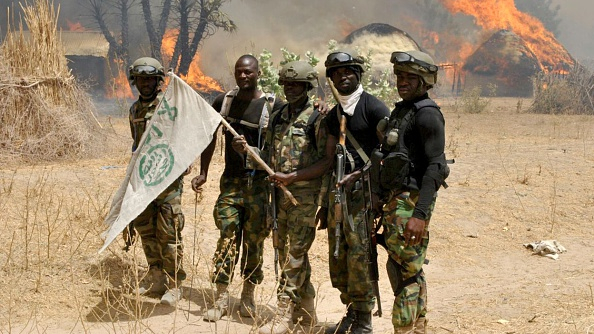 Nigerian soldiers are seen after an operation against Boko Haram terrorists at a terrorist camp in Borno, Nigeria on March 29, 2016. (Photo: CGTN)

The attack happened on 22 December, but news from the remote area is only just beginning to come out.

Boko Haram, formed in Nigeria in 2009, has since spread its activities to neighboring Chad, Cameroon and Niger.

Mr. Ramat, the mayor of Darak in Cameroon's Far North Region, told the BBC that among those killed were at least 20 Cameroonians. An unknown number of people are still unaccounted for, he said.

The dead are believed to be a mixture of nationalities, some of whom had been fishing on the lake.

Mayor Ramat mentioned the area had developed into a hotspot for Boko Haram assaults since Chadian troopers stopped patrolling it.

The town and the nearby naval base have been under the control of the Islamic State's West African province since December 2018.