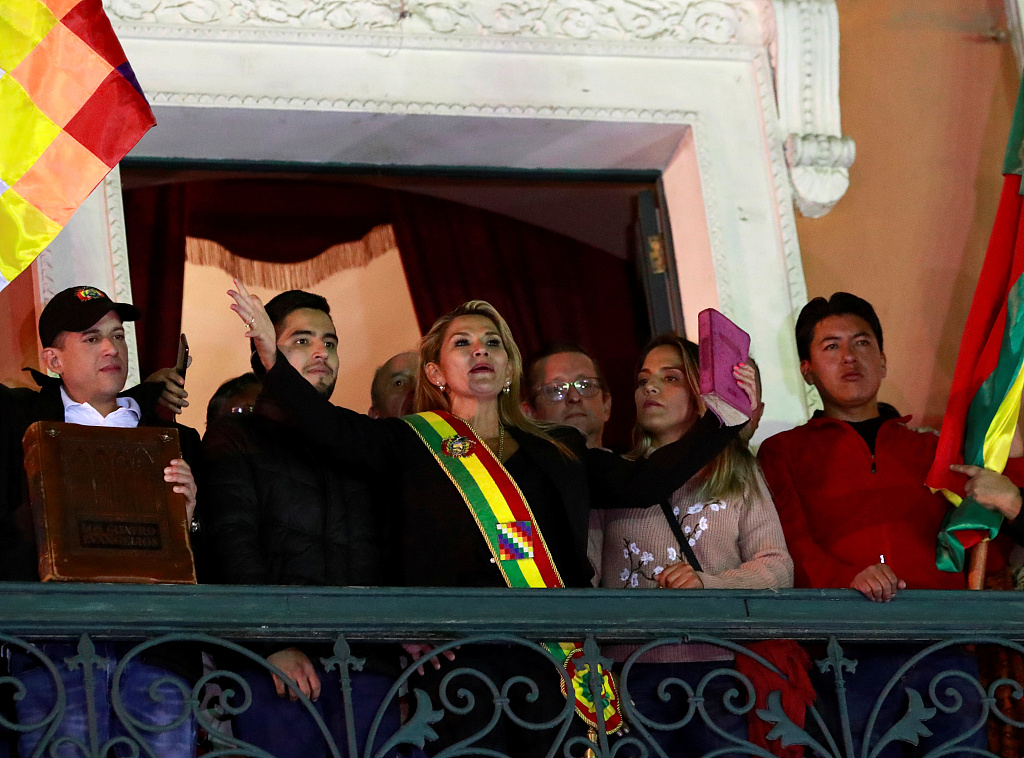 Bolivian Senator Jeanine Anez gestures after she declared herself as Interim President of Bolivia, at the balcony of the Presidential Palace, in La Paz, Bolivia November 12, 2019. (Photo: VCG)

Opposition legislators as well as those from the ruling party have promised their attendance at the Bolivian Plurinational Legislative Assembly, said Anez.

"With great responsibility, parliamentarians from the ruling party as well as the opposition have committed to appearing in the Chamber of Deputies and in the Chamber of Senators, as well as at the regulatory quorum for the extraordinary session this afternoon," she said.

The main objective of the extraordinary session is to address the resignations of Morales and Vice President Garcia Linera and create a transitional government within 90 days.

The Legislative Assembly is tasked with naming an interim president and forming an electoral council that will call for new elections.

However, in accordance with the constitutional line of succession, the Senate must convene before this happens, so that Anez can officially assume the presidency of the legislative branch and preside over the extraordinary session of the Legislative Assembly, following the body's former President Adriana Salvatierra's resignation on Sunday.