Bolivia confirms election for October despite calls for earlier date 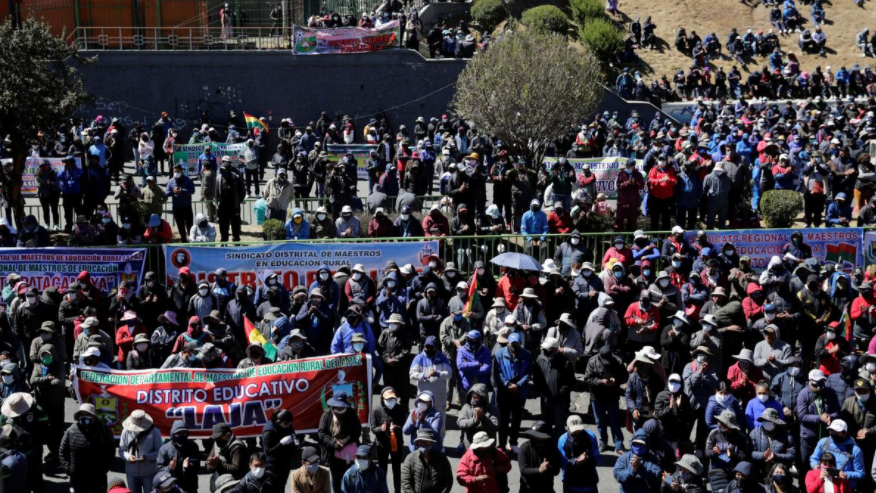 Rural teachers attend a meeting at a blockade point demanding quick presidential elections that have been postponed due to COVID-19, in El Alto, on the outskirts of La Paz, Bolivia, August 13, 2020. /Reuters

Bolivia's caretaker government on Thursday enacted a law that mandates a delayed presidential election will be held on October 18 as scheduled, despite opposition calls for it to be moved earlier.

The law would impose criminal penalties on any effort to change the date.

Bolivia's electoral tribunal in July pushed the election to October 18 due to the coronavirus pandemic, but supporters of Morales are demanding the vote be held on September 6. The dispute has prompted protests and roadblocks.

The United Nations and the European Union, in a joint statement, expressed support for the October date.

Bolivia had previously gone through a major political crisis that saw civil protests forcing Evo Morales to step down as president in November 2019.

Following that, the second vice president of the Senate, opposition senator Jeanine Anez, took over at the helm of an interim government on November 12, as she was next in line for the presidency after a vacuum had been left following a string of resignations.

The upcoming election's main contenders are Morales' Movement for Socialism (MAS) party and a fragmented conservative opposition, including Anez, whose interim term will end when new elections take place.