WORLD Bolivia gets back to normal after weeks of unrest

Bolivia gets back to normal after weeks of unrest 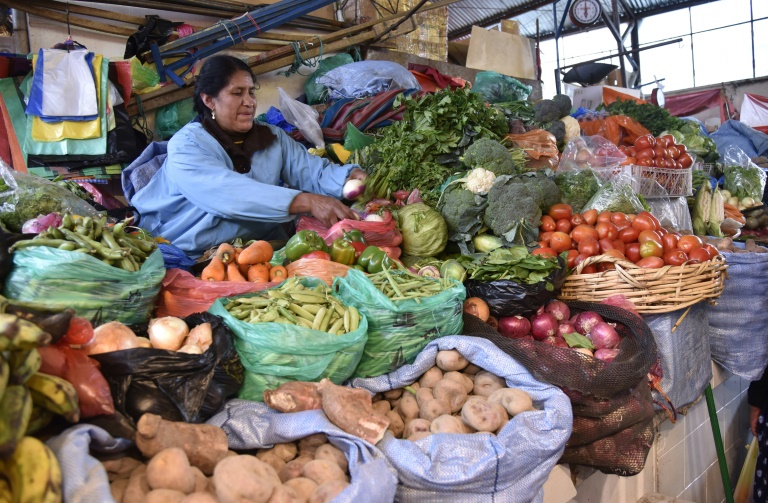 Bolivia slowly resumed normal activities on Monday, with schools and businesses reopening after weeks of disruptive protests, as the country prepares for new elections without ex-president Evo Morales.

Traffic was heavy in La Paz, the epicenter of demonstrations that have raged since a disputed October 20 presidential election, after gas stations were able to replenish fuel supplies.

Schools re-opened while most supermarkets and restaurants were operating normally in the seat of government as shortages eased.

"We are returning to normal after something very hard and very dramatic," interim President Jeanine Anez told reporters Monday, a day after signing a law authorizing new elections seen as crucial to ending unrest in the landlocked country.

Mother-of-two Jazmin Chavez said her children were pleased to be back at school after nearly a month stuck at home.

"They are happy, they have returned to class, they have seen their friends again," Chavez, 34, told AFP.

Blockades on major transport routes have been mostly removed, officials said, except in the central coca-growing region of Chapare, where farmers loyal to Morales continue obstructing a key highway.

They are demanding justice for nine protesters killed during clashes with police on November 15.

"There are still roadblocks at different points despite an agreement signed" Sunday with the government to lift them, Franz Celis, a deputy police commander in Cochabamba, told reporters.

Ongoing talks between the caretaker government and opposition groups in La Paz aimed at ending the country's worst crisis in 16 years appear to be defusing tensions.

"I've felt a peace that we haven't been able to find for a month," Silvia Maita, an auditor, told AFP.

"I'm happy going back to work and working normal hours. We hope it stays like this."

"We want to convey calm and avoid the worry and despair of users."

Dozens of people have been killed since the disputed October 20 election, many of them in clashes with security forces.

Morales claimed victory, but opposition groups said the results had been rigged.

He fled to Mexico, where he was granted political asylum following his November 10 resignation, after losing the support of the police and military.

Congress on Saturday gave a green light for a new vote without Morales, Bolivia's first indigenous president. He had been seeking a fourth term after nearly 14 years as leader of the poor but resource-rich country.

The law annuls the results of the October 20 vote and bars candidates who served in both of the two previous terms from seeking re-election for the same position.

That prevents Morales from contesting the presidency in the new ballot.

The next step will be for Congress to agree on a new seven-member electoral court after members of the previous panel were removed for allegedly manipulating results.

The tribunal will be tasked with setting a date for the new vote, which Anez said previously she wants to happen as soon as possible.