BUENOS AIRES, Dec. 19 (Xinhua) -- Evo Morales said Thursday that he is still president of Bolivia and that the recent arrest warrant against him is "unjust" and "illegal." 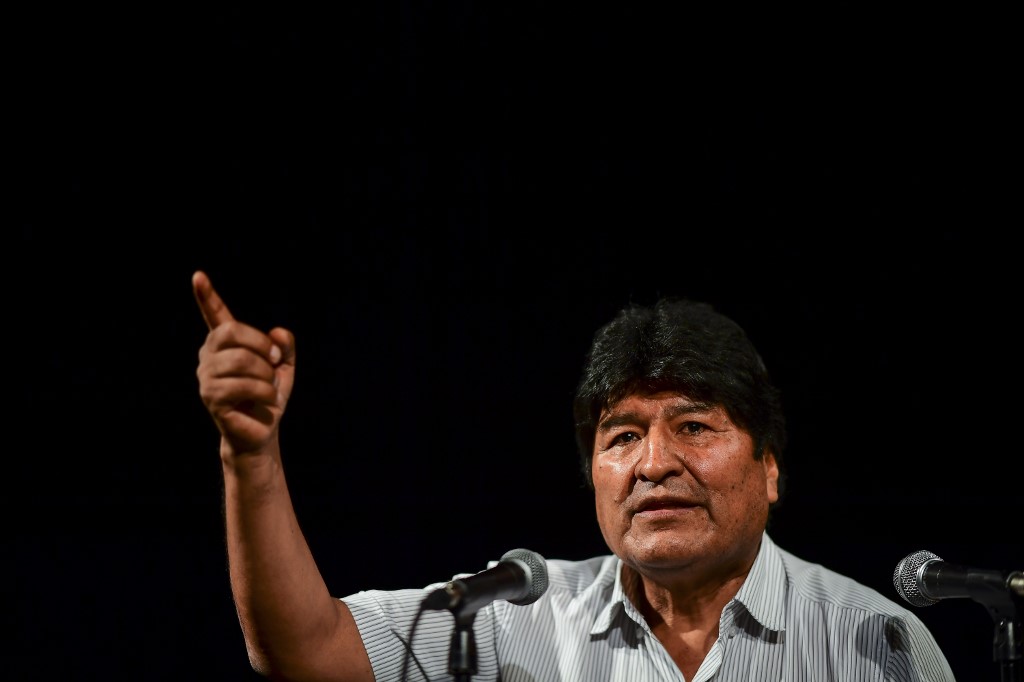 "Legally, I am still president. My resignation was not considered by the Legislative Assembly, as provided for in Art. 161, Num. 3 of the CPE (Bolivia's State Constitution). Even if it was accepted, they also failed to comply with the procedures for constitutional succession, so (Jeanine) Anez proclaimed herself president illegally," Morales wrote on his Twitter account.

He said that the law allows him to remain in office until his mandate concludes on Jan. 22, 2020.

Morales resigned on Nov. 10 following weeks of opposition protests against his re-election to a fourth term. On Nov. 12, opposition senator Jeanine Anez assumed the presidency of the Bolivian Senate, which has allowed her to also proclaim herself interim president of the country.

Later, Morales flew to Mexico and then arrived in Argentina on Dec. 12 as both countries offered him refuge.

On Wednesday, Bolivia's attorney-general's office issued an arrest warrant against Morales, accusing him of "sedition, terrorism, and financing terrorism."

"The arrest warrant is unjust, illegal, and unconstitutional, because it is not proceeding legally. I am still president and for that reason Bolivian legal procedures must be complied with," Morales tweeted Thursday.

Bolivia's interim government said Thursday that it will approach the United Nations High Commissioner for Refugees to determine whether refugees like Morales are permitted to engage in politics.

"We are going to consult them on whether it is permissible for refugees to give opinions of a political nature, to undertake political actions that put the stability of the country ... at risk," said Foreign Minister Karen Longaric of the interim government.