Bolivia sees 29 monkeypox cases in past week, total climbs to 119 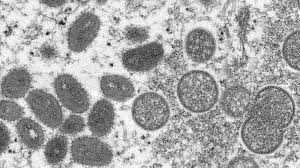 LA PAZ, Sept. 12 (inhua) -- Bolivia detected 29 more cases of monkeypox in the past week, bringing the total number of cases so far to 119, Minister of Health and Sports Jeyson Auza said Monday.

The country's action plan to contain and mitigate the spread of the virus was effective, Auza told reporters at a press conference.

"To date, we have reported 119 confirmed cases ... we are working on the containment of the disease and we can say that its spread is under control," said Auza.

Of the total, 110 cases are considered to be still "active," with the patients on the road to recovery, while nine had been discharged following a full recovery, he said.

In May, the Bolivian government declared a monkeypox epidemiological alert and armed health services in all nine departments with the protocols to follow for suspected cases.

The first monkeypox case in the South American country was confirmed on Aug. 1 in Santa Cruz, involving a 38-year-old national.