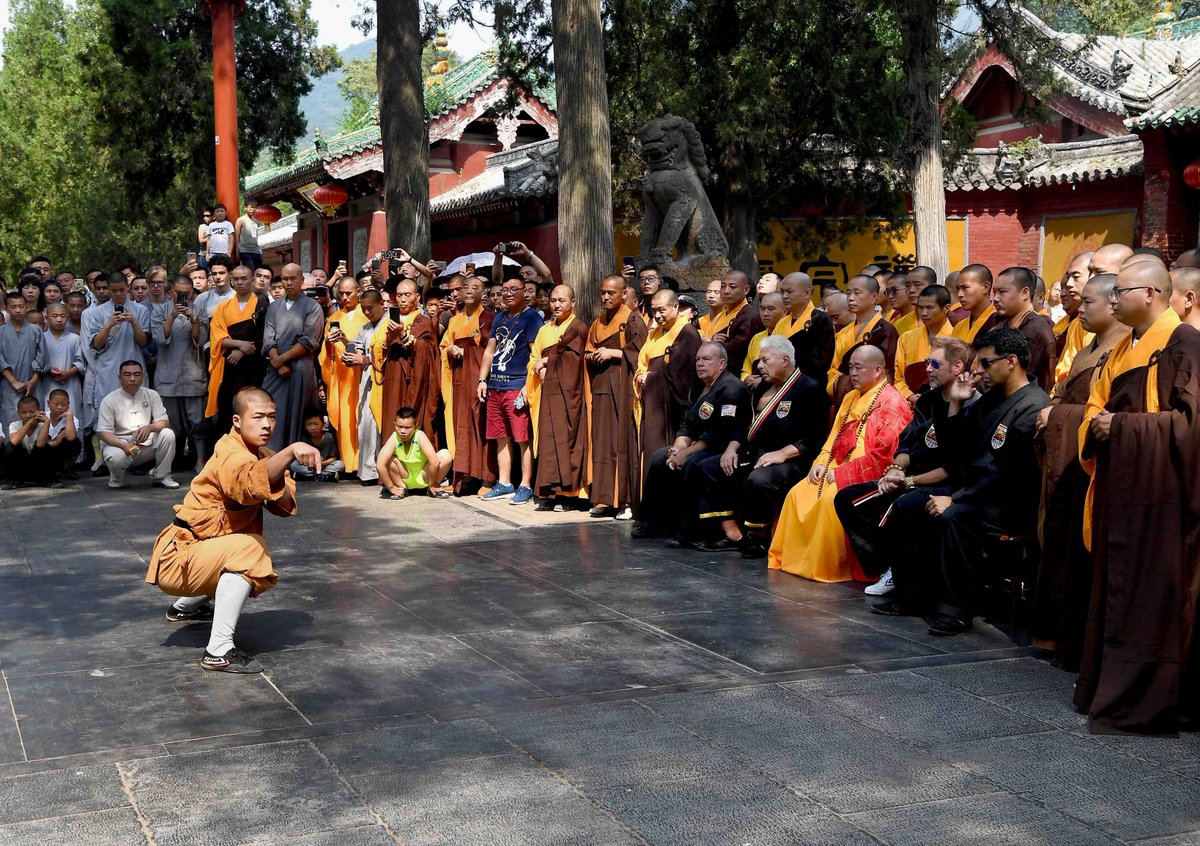 "In 1999, I traveled to China to join the Shaolin Temple, where I was a member for three years," Huanacuni said during a recent talk at the International Book Fair in Bolivia's capital La Paz.

"I learned that the philosophy of life is discipline," he said.

His presentation was part of a program of cultural events organized by China's embassy in La Paz, including a culinary sampling, film exhibit, and lectures on different aspects of Chinese culture, international relations and literature.

"To achieve any goal, discipline and commitment are fundamental," said Huanacuni, whose interest in Buddhism led him to visit China at the age of 33.

In China's central Henan Province, Huanacuni went to visit the famed Shaolin Temple founded in the 5th century by a Buddhist monk and knelt for several hours at its entrance, a ritual observed by those who want to be accepted as a student of Buddhism.

After the monks finally allowed him in, he had to endure a week of trials, including strenuous physical exercises that lasted more than 12 hours a day.

Huanacuni first learned to improve his breathing technique, which was fundamental to proceeding to the meditation phase to "find balance," he said.

He adopted the daily rituals of the resident monks: eating the same simple meal of rice, vegetables, bread and green tea; working to perfect breathing, meditation and discipline; and renouncing all violence.

After a time of studying Buddhist philosophy and Shaolin-style Kung Fu, Huanacuni said he was able to show a strength he didn't know he had.

He also began to note similarities between Bolivian and Chinese cultural traditions.

The Shaolin monks' offerings to nature, because they believe it is "hungry" or "thirsty," is similar to the "khoa" table of offerings that Bolivia's indigenous Aymara people create each year in August.