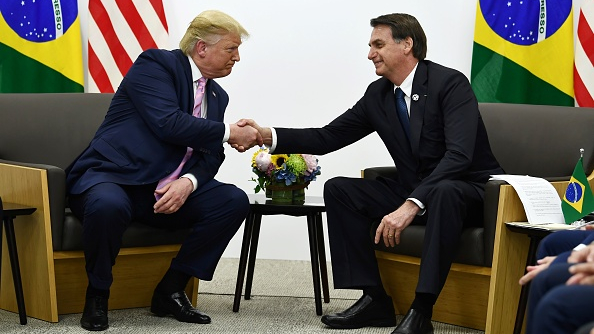 Brazil's President Jair Bolsonaro (R) meets with US President Donald Trump during a bilateral meeting on the sidelines of the G20 Summit in Osaka on June 28, 2019. (File photo: CGTN)

"A little while ago, I had the great satisfaction of receiving a phone call from Mr. Donald Trump, president of the United States," Bolsonaro said on social media.

"(Trump) was convinced by my arguments, and he decided to tell all Brazilians that our steel and our aluminum will not have tariffs placed on them. I repeat, there will be no tariffs," Bolsonaro said.

Brazil is one of the main suppliers of steel to the United States.  On Dec. 2, Trump announced the United States would apply tariffs on steel and aluminum imports from Brazil and Argentina.