WORLD Bolsonaro under pressure over his Trump-following route

Bolsonaro under pressure over his Trump-following route 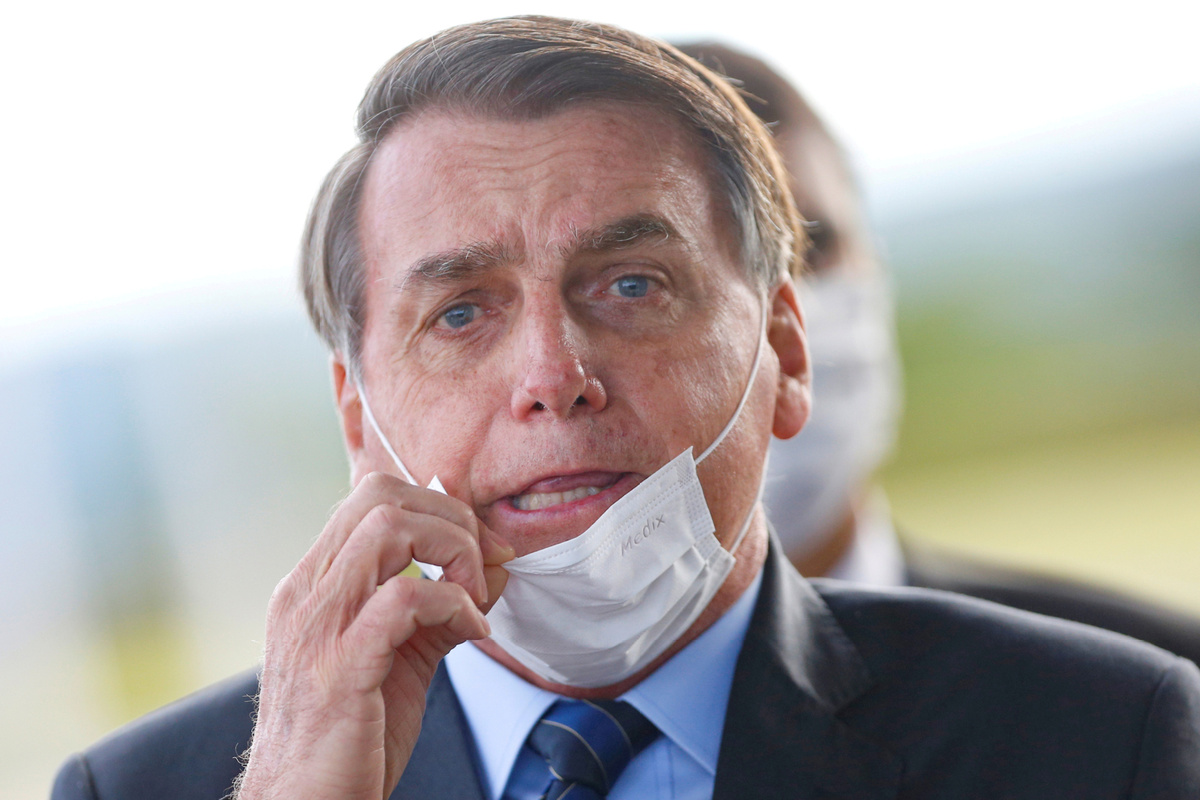 Brazil's President Jair Bolsonaro adjusts his mask as he leaves Alvorada Palace, amid the coronavirus disease (COVID-19) outbreak in Brasilia, Brazil May 13, 2020. [Photo/Agencies]

Brazilian President Jair Bolsonaro has faced more criticisms after US President Donald Trump imposed a travel ban on non-US citizens from the South American country, as the COVID-19 epidemic is getting worse in Brazil.

The US move has provided Bolsonaro's foes with new arsenals to satirize the Brazilian leader.

"Even the US - whose president's boots he licks - has banned the entry of Brazilians," Valmir Assuncao, a congressman from the left-wing Workers party, tweeted.

"Is Bolsonaro going to keep marching around with the American flag now?" Alice Portugal, a Communist party lawmaker, tweeted.

The local newspaper Estado de Minas put the headline "The US to Brazil: Stay at your own home" on its front page, alongside an image of Bolsonaro's supporters holding a US flag.

The United States announced the travel ban on Sunday as the number of recorded COVID-19 cases in Brazil rose to more than 363,000 and the death toll neared 23,000.

Bolsonaro used to tout his close relationship with Trump as a proof that he was leading Brazil in the right direction, and his supporters frequently wave the US flag at rallies as well.