Bolton headed to Russia amid fears US leaving nuclear deal 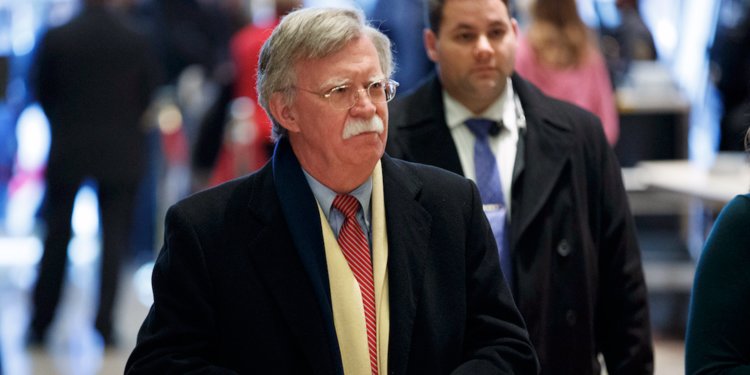 US National Security Advisor John Bolton will meet Saturday in Moscow with Russia's Foreign Minister Sergei Lavrov, amid reports that Washington will tell Russia it plans to quit a landmark nuclear weapons treaty.

The visit comes ahead of what is expected to be a second summit between Vladimir Putin and Donald Trump this year.

Bolton, who will also meet Russian Security Council Secretary Nikolai Patrushev, announced the visit to Moscow in a tweet, saying he would "continue discussions that began in Helsinki," referring to a summit held in July.

The New York Times said the Trump administration plans to inform Russian leaders in the coming days that it is preparing to leave the three-decade-old Intermediate-Range Nuclear Forces Treaty, known as the INF.

The newspaper said the US accuses Russia of violating the deal, signed in 1987 by President Ronald Reagan, by deploying tactical nuclear weapons to intimidate former Soviet satellite states that are now close to the West.

US-Russia ties are under deep strain over accusations that Moscow meddled in the 2016 presidential election, as well as tension over Syria issue and the conflict in Ukraine.

However, Washington is looking for support from Moscow in finding resolutions to the Syria war and putting pressure on both Iran and the Democratic People's Republic of Korea (DPRK).

No new summit between Trump and Putin has been announced, but one is expected in the near future.

The two leaders will be in Paris on November 11 to attend commemorations marking the end of World War I.

A senior Trump administration official, who spoke on condition of anonymity, said another potential date would be when the presidents both attend the Group of 20 meeting from November 30 to December 1.

"There are a couple possibilities, including the G20 in Buenos Aires or the Armistice Day parade in Paris. At the G20 is probably more likely," the official said.