WORLD Bolton in Turkey to discuss US pullout from Syria

Bolton in Turkey to discuss US pullout from Syria

The White House's National Security adviser John Bolton met with Ankara officials on Tuesday to discuss the surprise withdrawal of US troops from Syria, as the Turkish president hailed the pullout as "the right call". 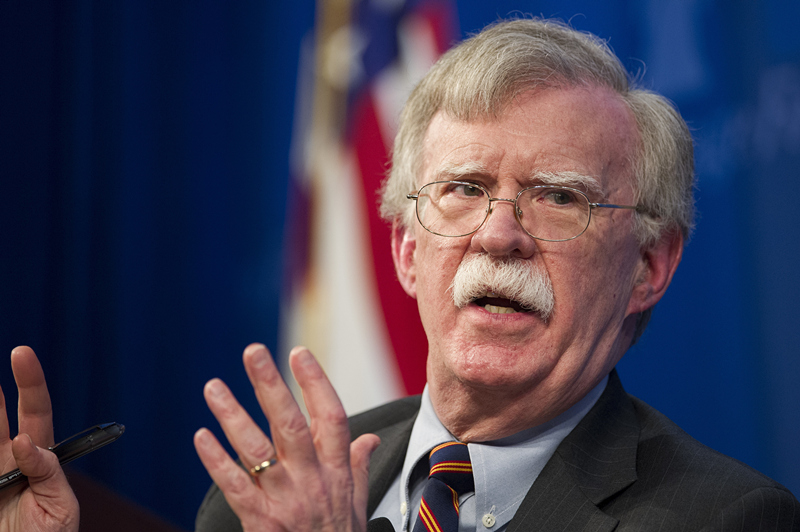 US President Donald Trump caused a political storm last month when he announced the pullout because the battle against the Islamic State (IS) group had been won.

He has since rowed back, vowing the withdrawal would be done in a "prudent" way.

Tensions erupted ahead of the Ankara talks after Bolton said Sunday the retreat was also conditional on the safety of US-backed Kurdish fighters, considered terrorists by Turkey.

Ankara immediately hit back at his "irrational" claim that it would target Kurds.

Recep Tayyip Erdogan said Turkey was "the only country with the power and commitment" to stabilise Syria after the US pullout, in an opinion column published in the New York Times Tuesday.

"President Trump made the right call to withdraw from Syria," he added, outlining Turkey's "comprehensive strategy" to eliminate the causes of radicalisation in the war-torn country.

Bolton held talks with Erdogan's spokesman Ibrahim Kalin on Tuesday morning to discuss how the withdrawal would take place.

A post-meeting press conference was cancelled without further explanation.

Joining Bolton were General Joseph Dunford, the chairman of the Joint Chiefs of Staff and the anti-Islamic State (IS) group envoy James Jeffrey.

Ozgur Unluhisarcikli of the German Marshall Fund of the United States said the visit was "an opportunity to test to what extent Turkey is willing to fulfil expectations of the US against" IS.

When Trump first announced the pullout of 2,000 ground troops on December 19, Ankara was a lonely voice among NATO allies welcoming the decision.

Erdogan has promised Trump that Turkey could finish off the remnants of IS in Syria.

"A military victory against the terrorist group is a mere first step," he said in the New York Times, warning against premature declarations of victory.