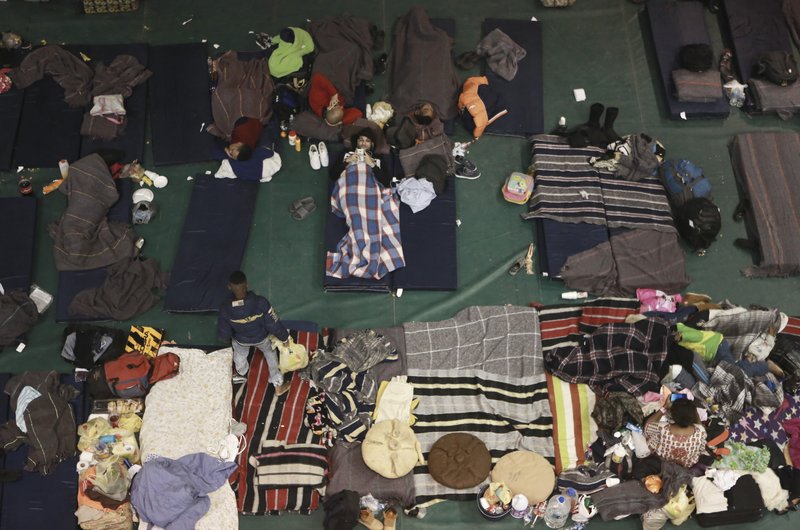 In this Tuesday, Feb. 19, 2019 photo, migrants from Central America, Africa and the Caribbean, who are awaiting their turns to request asylum in the US, pass the time inside a shelter in Bachilleres gymnasium in Ciudad Juarez, Mexico. (Photo: AP)

US Customs and Border Protection says it’s installing coils of razor wire at Texas ports of entry across from Juarez, Mexico, where large groups of migrants wait to seek asylum.

The agency released photos of long coils of concertina wire installed on movable barriers in El Paso. Soldiers and CBP agents deployed to the border have installed the wire at or near various entry ports.

Local officials protested the wire, including Rep. Veronica Escobar. The El Paso Democrat says border bridges “should not become militarized zones based on a misguided policy rooted in fear.”

CBP says it’s responding to increasing numbers of migrants in Juarez, including some members of the caravan that originally went to the border at Piedras Negras, Mexico. That’s across from Eagle Pass, Texas, roughly 400 miles (644 kilometers) from El Paso.