WORLD Border Patrol: Group of 1,036 migrants is largest ever found

Border Patrol: Group of 1,036 migrants is largest ever found 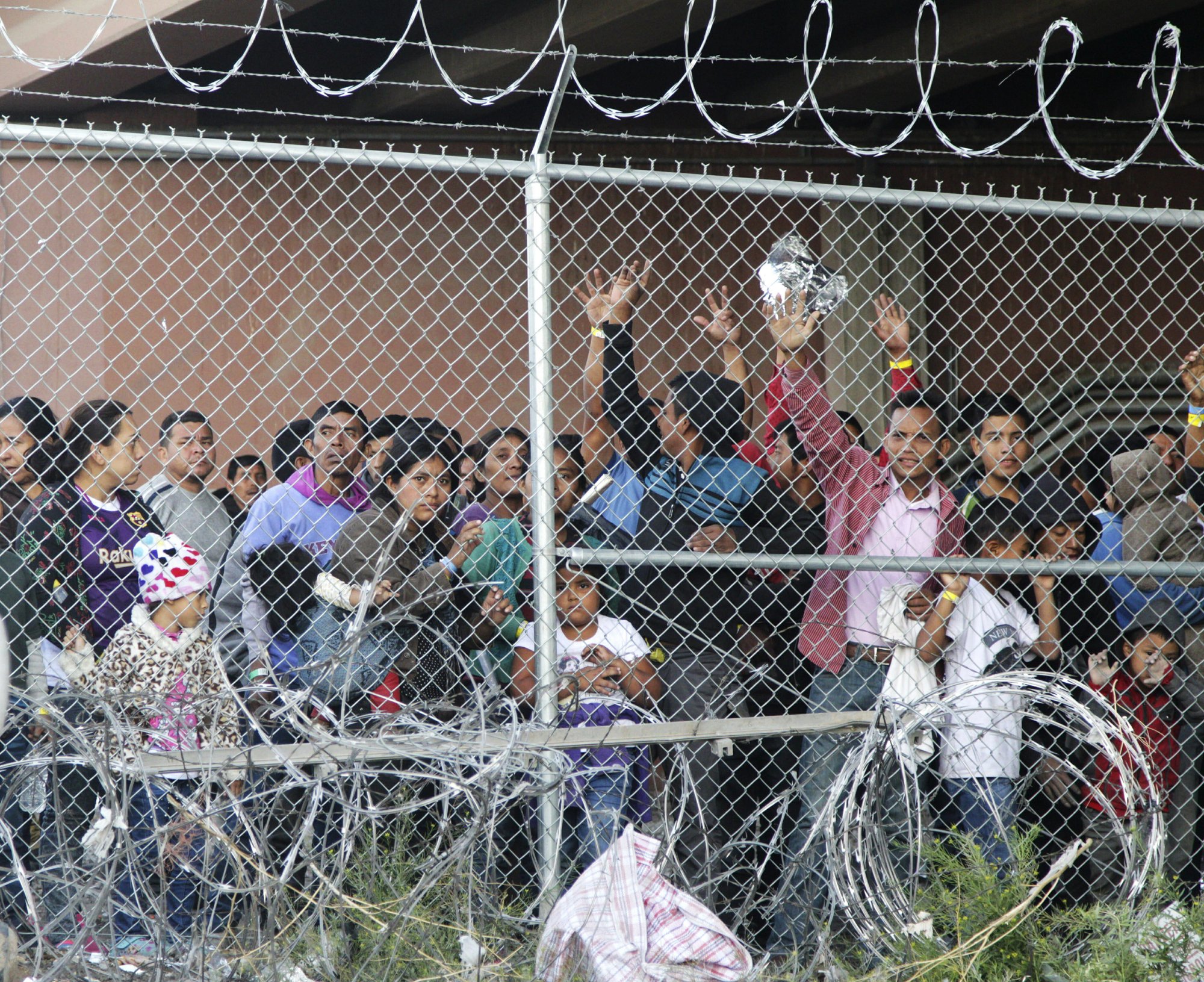 Central American migrants wait for food in El Paso, Texas, Wednesday, March 27, 2019, in a pen erected by US Customs and Border Protection to process a surge of migrant families and unaccompanied minors. (Photo: AP)

Authorities say a group of more than 1,000 migrants crossed the border illegally in El Paso, Texas, the largest it has ever encountered.

President Donald Trump on Thursday shared a video on Twitter that shows the group going underneath a chain-link fence, where Border Patrol agents later picked them up.

US Customs and Border Protection says the group crossed in about five minutes at about 4 a.m. on Wednesday. They included 934 people who came as families, 63 as unaccompanied children and 39 as single adults. Most are from Guatemala, Honduras and El Salvador.

The Border Patrol has encountered 180 groups of more than 100 people since October, compared to 13 during the previous 12-month period and two the year before.