By Guy Henderson in London | CGTN

UK Prime Minister Boris Johnson will on Monday announce a series of lockdown-lifting measures, expected to begin on March 8. The announcement will mark perhaps the biggest test yet of Johnson's premiership. If he gets it wrong and the UK is forced into a fourth full lockdown, many analysts believe his days in 10 Downing Street will be numbered.

Chief among the expected announcements is the re-opening of all schools in England. This will mark the first major step along a road to easing one of Europe's most stringent lockdowns, in place since early January.

It comes despite calls by scientists and school leaders for a staggered return to class, but enjoys broad political support in parliament. On Sunday, the leader of the main opposition Labour Party, Sir Kier Starmer, said he would support a full re-opening next month.

It also looks likely that two people from different households will be able to socialize outdoors from that date. At the moment they are only allowed to exercise together.

The big question is which other commitments Johnson might be prepared to make.

Universities could follow schools in re-opening, even though students gathering on campuses have been seen as a transmission risk. Gymnasiums and hairdressers could reopen next, followed by more non-essential shops.

The re-opening of pubs and restaurants is likely to come later, although outdoor serving is an option, with the advent of spring imminent. 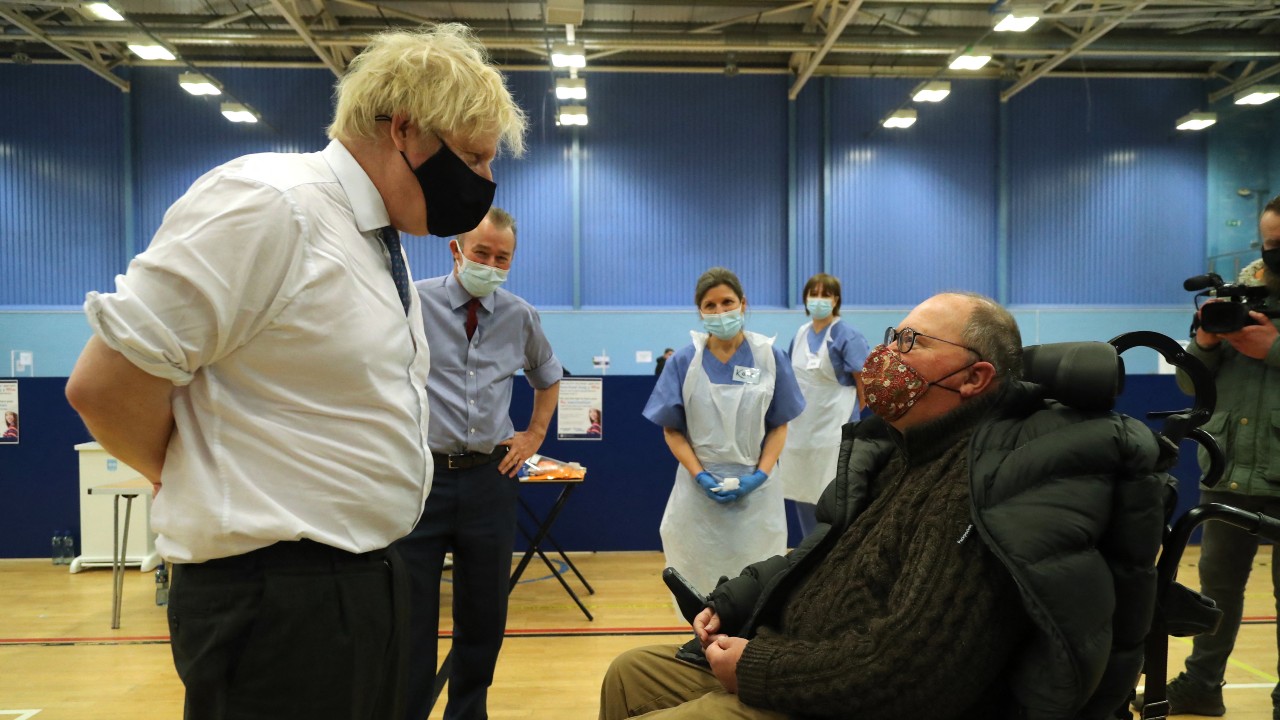 After a long, hard lockdown, individuals and businesses are desperate for some clarity, but the biggest challenge for the government and its chief scientists is the large number of future unknowns that could imperil a return to some form of normality.

Human behavior is one of these, with citizens becoming increasingly weary of restrictions almost a year into this pandemic. It's one thing ordering people to stay at home while cases surge and hospitals warn of imminently becoming overwhelmed; it's quite another trying to persuade people to continue to socially distance when case numbers are falling rapidly and increasing numbers of people are being vaccinated.

An outbreak of increased rule-breaking risks keeping infection rates high, requiring lockdown easing measure being delayed or reversed. The government is desperate to avoid such scenarios.

When is it safe to relax?

Another question concerns the point at which the vaccination program might be able to keep the number of new cases low, while restrictions are eased.

A study by Imperial College London shows infections fell by two-thirds in a month in England during lockdown, mostly due to social distancing measures. Health Minister Matt Hancock revealed on Sunday that hospitals were seeing a faster drop-off in COVID-related admissions than during the first wave, with the vaccine likely to be one cause.

Yet with officials not yet prepared to draw solid conclusions, the government is likely to be cautious in its approach to easing lockdown, despite growing pressure from senior figures inside Johnson's parliament-dominating Conservative Party to do so. Ease too early, Hancock believes, and there is a risk that cases will start to rise within weeks.

Johnson is under huge pressure to provide a clear path forward, but with so much uncertainty and little precedent to go by, he is reluctant to commit to too much too soon.