British Prime Minister Boris Johnson said on Sunday the chances of agreeing on a Brexit deal would be "touch and go" while noting the chances are improving. 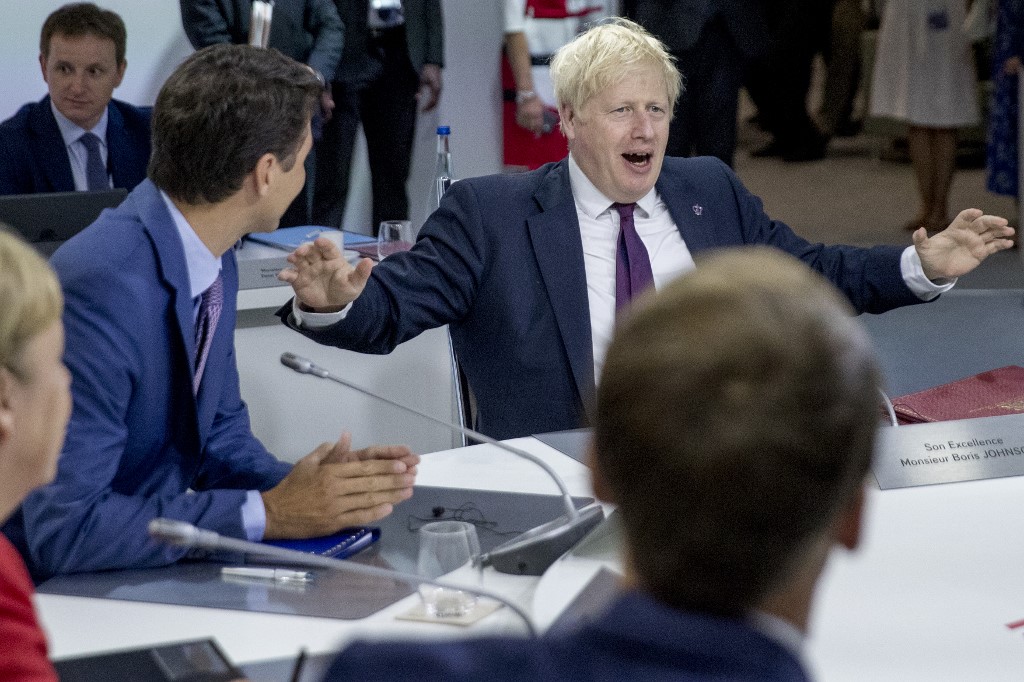 Johnson, who is attending the annual G7 summit in the French town of Biarritz, made the comment in an interview with the BBC.

Johnson said the likelihood of a Brexit deal depends on the EU now, while he also told the BBC that he could easily cope with a no-deal Brexit scenario.

"I think it's going to be touch and go, but the important thing is to get ready to come out without a deal," he told the BBC.

Johnson, who took office last month, faces the pressing deadline to take the UK out of the EU by October 31, with or without a deal.