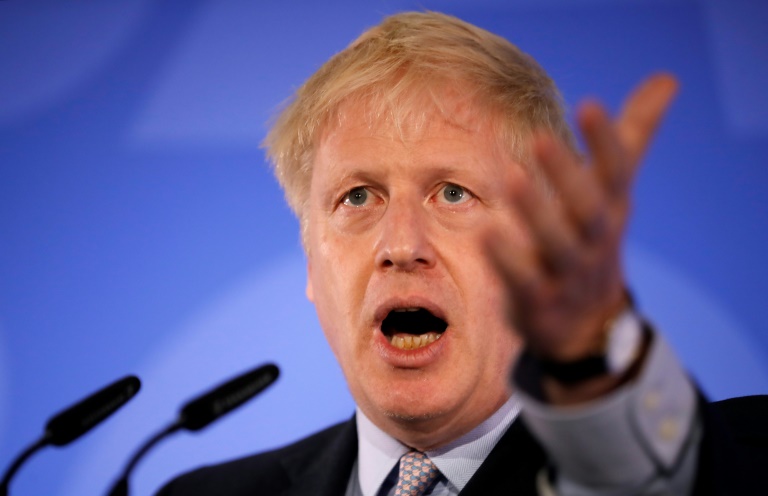 The Brexit-backing former foreign minister picked up 114 of the 313 votes cast.(Photo: AFP)

Boris Johnson overwhelmingly won the first round of voting Thursday in the race to replace outgoing British Prime Minister Theresa May, with the field of candidates narrowed to seven from 10.

The Brexit-backing former foreign minister picked up 114 of the 313 votes cast in a secret ballot of Conservative Party lawmakers in the lower House of Commons.

Mark Harper, Esther McVey, and Andrea Leadsom, who came in second to May in the last leadership race in 2016, failed to collect the required 17 votes and were knocked out.

"Obviously we're happy with the results but there's still a long way to go to winning the contest," a spokesman for Johnson told reporters.

"You have to hold the numbers to go through to the next round," the spokesman said. "That's a challenge."

The outcome, if repeated in subsequent rounds which will further whittle down the field starting next Tuesday, is above the 105 votes Johnson would need to make the final two.

The last pair standing will go up before 160,000 voting Conservative Party members across the country.

The winner will become new party leader and automatically replace May as premier, most likely at the end of July.

Foreign Minister Jeremy Hunt was a distant second with 43 votes.

International Development Secretary Rory Stewart snuck through in seventh place with 19 votes after running an original social media campaign that endeared him to more liberal party members -- and the British public at large.

"This is now neck-and-neck going into the next round," Stewart told reporters after watching the results announcement.

"I feel really inspired and encouraged."

Hunt and Gove are widely seen as going head-to-head for votes from the more moderate wing of the party which favours a softer line on Brexit negotiations with the European Union.

Raab, like Johnson, has warned that he was ready to take Britain out of the EU without an agreement when the new Brexit deadline arrives in October, if the EU does not offer better terms.