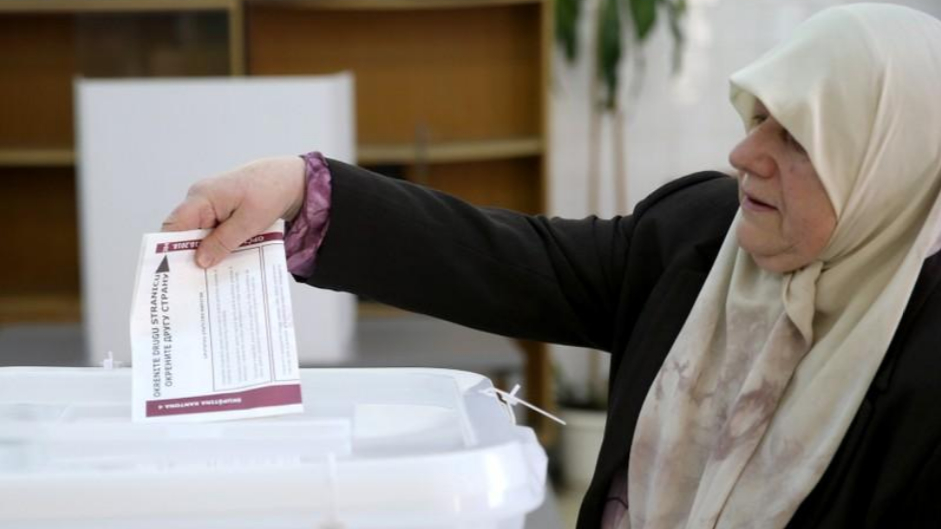 Bosnians go to the polls on Sunday to decide whether their country will pursue a path towards EU membership and NATO integration or sink deeper into ethnic strife and further fragmentation.

More than two decades after a war in which 100,000 died, leading Serb, Croat and Muslim Bosniak parties are campaigning on nationalist tickets, reviving wartime pledges in programs that fail to offer any clear economic or political visions.

About 3.35 million registered voters will take part in the presidential and parliamentary elections, choosing members of Bosnia's tripartite inter-ethnic presidency, consisting of a Bosniak, a Croat and a Serb, and lawmakers for parliament's lower house.

They will also select leaders and assemblies of its two autonomous regions – the Serb Republic and the Bosniak-Croat Federation, and of the Federation's 10 cantons.

In the run-up to the vote, ethnic leaders spread fear using divisive rhetoric reminiscent of the war. Campaigning has been marked by an unprecedented spate of violations, abuse of public funds and hate-speech.

Polling stations opened at 0500 GMT and will close at 1700 GMT, with the first preliminary results expected at midnight.

Nearly 7,500 candidates are running for 518 offices in a country of 3.5 million, reflecting a massive and complex government structure based on ethnic quotas, designed under a peace deal that ended the country's 1992-95 war.

'Lead people to vote for changes'

Experts say Bosnia cannot progress with such a large administration, but any attempts to change the constitution – an integral part of the US-brokered Dayton peace accords – have been obstructed by Bosnia's rival ethnic groups.

The Serb and Croat presidential candidates, Milorad Dodik and Dragan Covic respectively, who are supported by their respective "parent states" Serbia and Croatia, are set to weaken Bosnia further if elected, according to analysts.

Pro-Russian Dodik has repeatedly advocated secession of the Serb Republic and integration with Serbia, while Covic has called for the creation of a separate Croat-run region.

"It's difficult to predict the vote outcome," Teodora Talic said after casting her ballot in the Serb Republic's capital Banja Luka.

"The public has been quite shaken by events related to protests," she said, referring to demonstrations on Friday demanding the truth about the suspicious death of a young man.

"Perhaps this will lead people to vote for changes."