WORLD Boten Tunnel, the first major tunnel along the China-Laos railway, drilled through

Boten Tunnel, the first major tunnel along the China-Laos railway, drilled through

Boten (People's Daily) - The Boten Tunnel, the first major tunnel over 5,000 meters along the China-Laos railway, was drilled through on Thursday. 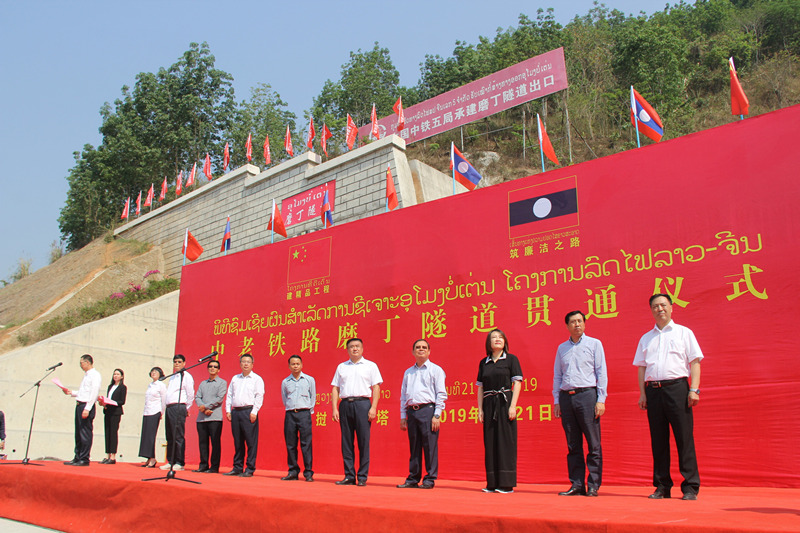 As a high-quality demonstration model for the railway project, the tunnel was constructed by China Railway No. 5 Engineering Group (CREC-5). The tunnel has to pass through unfavorable geology such as karst, bedding rock, fault fracture zone, gypsum, carbon mudstone, and water inrush, posing difficulties and obstacles to the construction workers.

Since March 2017 when the construction started, the Chinese engineers have strictly implemented the managing requirements of mechanization, industrialization, informatization and professionalism.

The CREC-5 strengthened the on-site safety and quality control and extensively applied tunnel construction kits, vigorously carried out scientific and technological research, promoted the application of new technologies, and paid close attention to process management to ensure the safe and orderly advancement of tunnel construction, and lay a solid foundation for Thursday's breakthrough.

Khamsouk Bounyavong, vice president of Lao People's Revolutionary Party Central Committee's Inspection Committee, and Ju Guojiang, chairman of the Laos-China Railway Co., Ltd, the joint venture in charge of the construction and the operation of the railway, attended the drill-through ceremony in Boten on Thursday.