Botswana says it is investigating a staggeringly high number of elephant carcasses — 275 — found in the popular Okavango Delta area of the southern African nation in recent weeks. 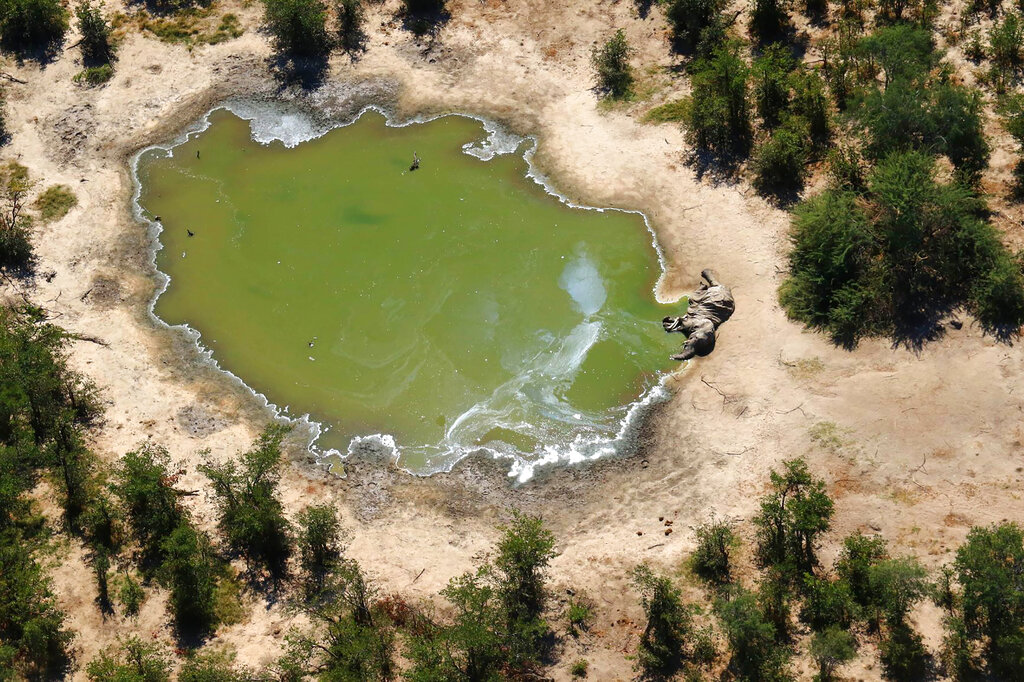 In this supplied photo a dead elephant lies in the bush in the Okavango Delta, Botswana, May 25, 2020. (Photos by AP)

The Department of Wildlife and National Parks said it is mobilizing human personnel and aircraft to better understand the “mysterious deaths.” Samples have been collected for analysis at labs in South Africa, Zimbabwe and Canada and anthrax has been ruled out as the cause.

“We have no reason to dispute the numbers reported and we are continuing to verify reports,” Lucas Taolo, the department’s acting director, told The Associated Press.

He said local communities are being advised not to tamper with the dead elephant’s tusks. Poaching remains a threat in the country but also has been ruled out as the cause of the deaths.

This is “one of the biggest disasters to impact elephants this century, and right in the middle of one of Africa’s top tourism destinations,” the director of conservation group National Park Rescue, Mark Hiley, said in an email.

“Elephants began dying in huge numbers in early May and the government would normally respond within days to an event of this scale. Yet here we are, months later, with no testing completed and with no more information than we had at the start.”

He said COVID-19 is an unlikely candidate but for now nothing, including poison, can be ruled out.

Botswana has the world’s highest population of elephants with more than 156,000 counted in a 2013 aerial survey in the country’s north. 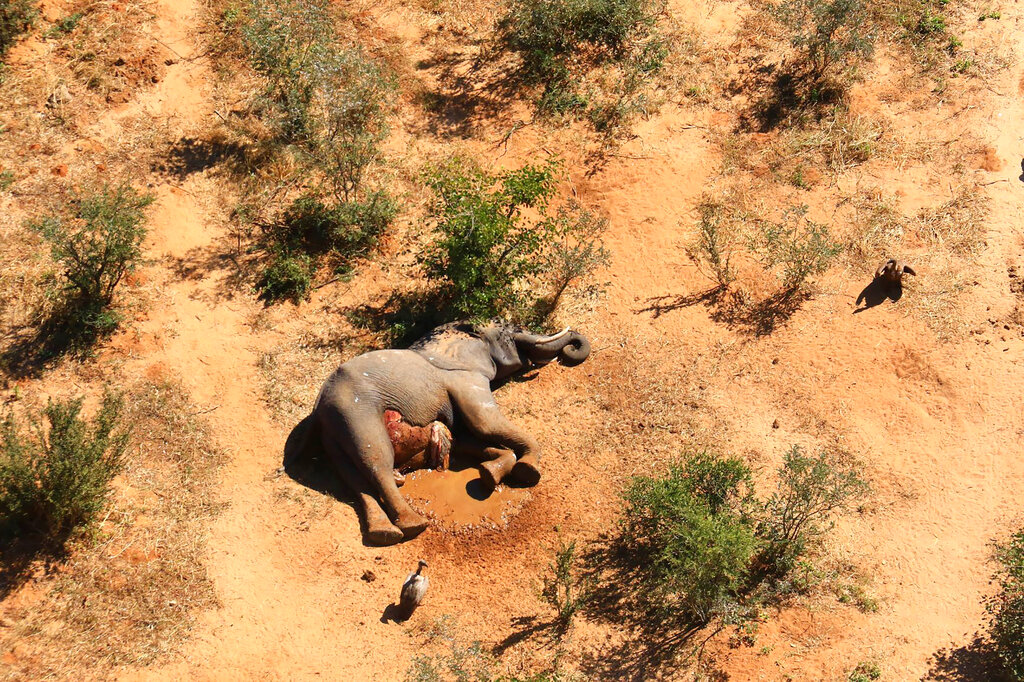 In this supplied photo a dead elephant lies in the bush in the Okavango Delta, Botswana, May 25, 2020.

Soon after that decision, conservation group Elephants Without Borders reported 87 elephants found stripped of their tusks in the area.

In a separate statement on Thursday, Botswana's government also announced “an alarming surge of rhinoceros poaching in the Okavango Delta” in recent days.