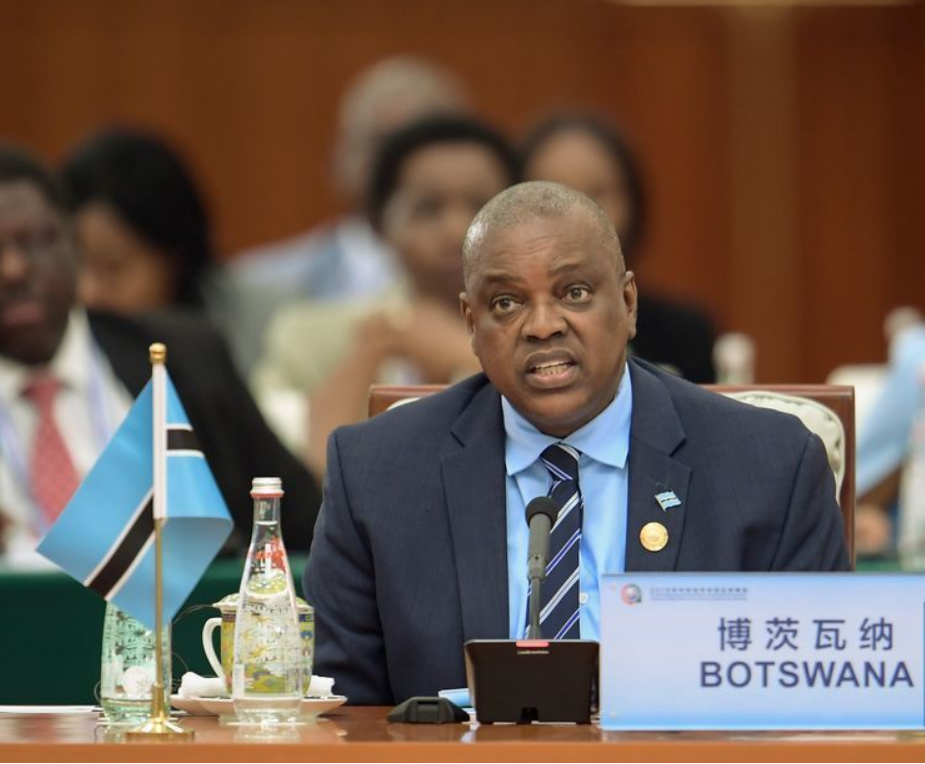 Botswana's President Mokgweetsi Masisi attended the roundtable meeting of the 2018 Beijing Summit of the Forum on China-Africa Cooperation (FOCAC) at the Great Hall of the People in Beijing, capital of China, Sept. 4, 2018. (Photo: Xinhua)

Kutlo Moagi, spokesperson at the Botswana Investment and Trade Centre (BITC), said the import expo to be held on Nov. 5-10 in Chinese city Shanghai will bring new opportunities of trade and economic development to Botswana.

"We are seeing a positive development and big opportunities coming the Botswana way with our participation at the CIIE," Moagi said in a recent interview with Xinhua. She said that China is also showing signs of becoming Botswana's biggest trading partner in the near future.

Moagi said Botswana has been facing some logistical challenges and language barrier when trying to explore export opportunities in the lucrative Chinese market. She noted that transport costs have been too high thereby impeding many Botswana exporters from taking their goods to China.

"However, China's keen interest to grow Botswana's transport sector following successful and progressive decisions taken at the 2018 Forum on China-Africa Cooperation (FOCAC) Beijing Summit will deal with the logistical challenges," she said.

Moagi added that the teaching of Chinese language in most tertiary schools in Botswana will also help reduce the language barrier between the Chinese and Botswana citizens who will trade amongst themselves.

The Confucius Institute at the University of Botswana has opened several teaching centers across the country in order to promote mutual understanding between the peoples of Botswana and China through the teaching of the Chinese language and culture.

She however said that the imbalance of trade between Botswana and China will likely be mitigated with China hosting the import expo whereby African firms can increase their exports to the Chinese market.

According to Moagi, BITC is looking forward to linking local manufacturers with those from China so that they can establish partnerships and do manufacturing locally.

The China International Import Expo will see participation of more than 2,800 companies from 130 countries and regions, and 160,000 buyers from over 80,000 domestic and foreign companies.