Boy rescued from Thai cave says being found was 'miracle' 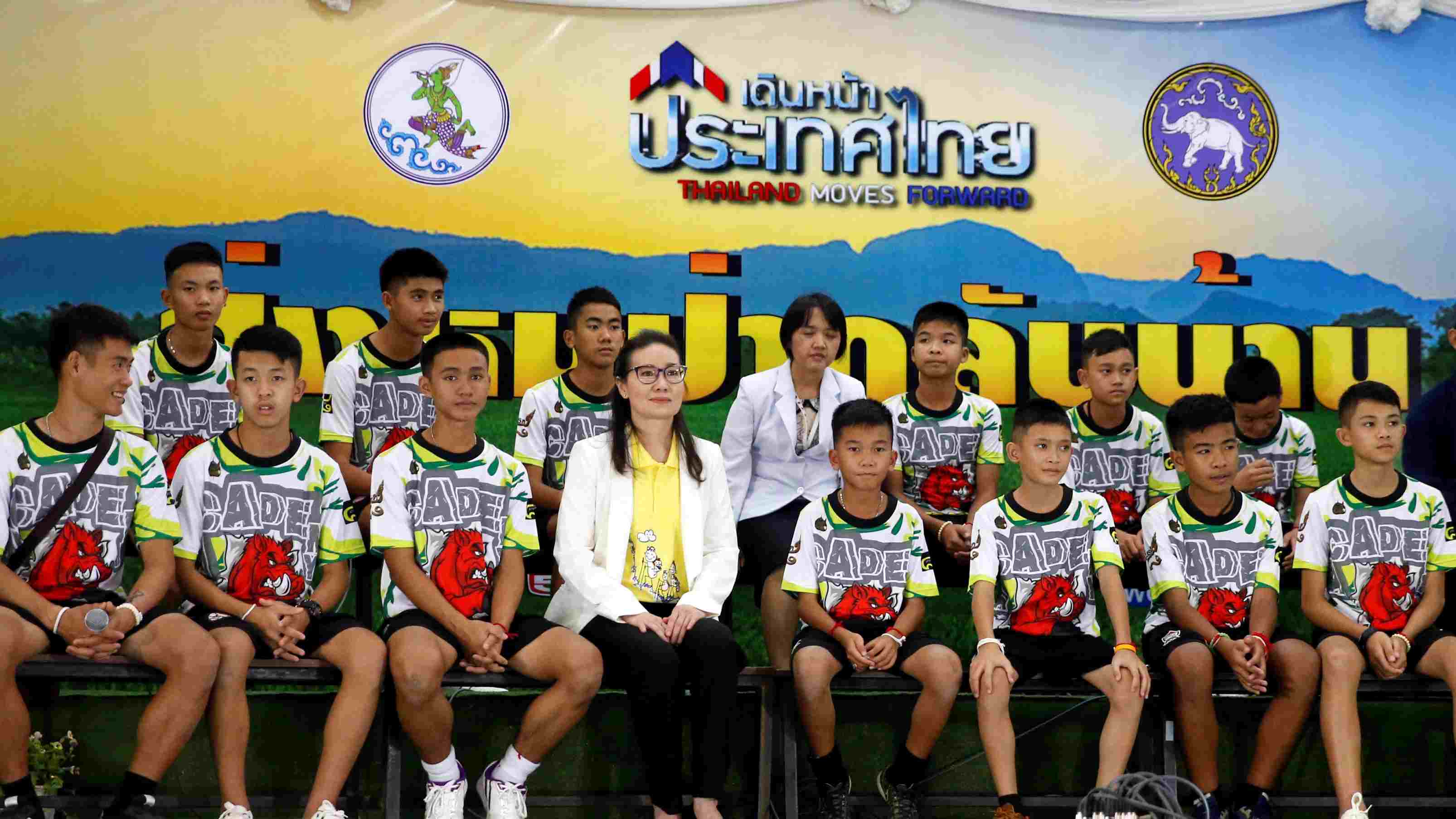 One of the 12 boys dramatically rescued from deep inside a Thai cave on Wednesday described the moment the British divers found them as a "miracle."

"It is a miracle," Adul Sam-on, 14, told a press conference as the 12 members of the football team and their coach appeared in public for the first time since the rescue.

The 12 boys and their soccer coach, wearing team shirts, shared their story for the first time at a national broadcast after being discharged from the hospital on Wednesday.

"They are like my dads because they call me son," one boy said when being asked about his memory of the rescue divers.

"We took turns digging at the cave walls," said their coach Ekkapol Chantawong, who has been credited with keeping the boys alive by some of their parents. "We didn't want to wait around until authorities found us."

But their efforts were to no avail, he said, adding, "Almost everyone can swim. Some aren't strong swimmers however."

The group, which had eaten before going into the caves, took no food on the excursion, and had to subsist on water dripping from stalactites in the cave during their ordeal, he added.

"We only drank water," said one of the boys, nicknamed Tee.

The team's youngest member, Titan, added, "I had no strength. I tried not to think about food so I didn't get more hungry."

The coach said they were "shocked" to hear the death of a former SEAL diver, who volunteered to help but drowned while assisting in rescuing the boys.

The team later paid tribute to the fallen diver at the press conference.

The boys, who sported crisp haircuts, had gained 3 kilograms each on average since the rescue, and ran through confidence-building exercises ahead of Wednesday's event, the hospital director said.

A three-day international operation took place last week. The group was sent to the hospital, in Chiang Rai City, for medical care for a week following their rescue.

They had been trapped underground for over two weeks and survived in the cave, nine days after being located by the British divers.