Brazil has reached 300,000 confirmed COVID-19 deaths and become the second nation to top that figure. The United States hit the same milestone on Dec. 14, but it has a larger population. 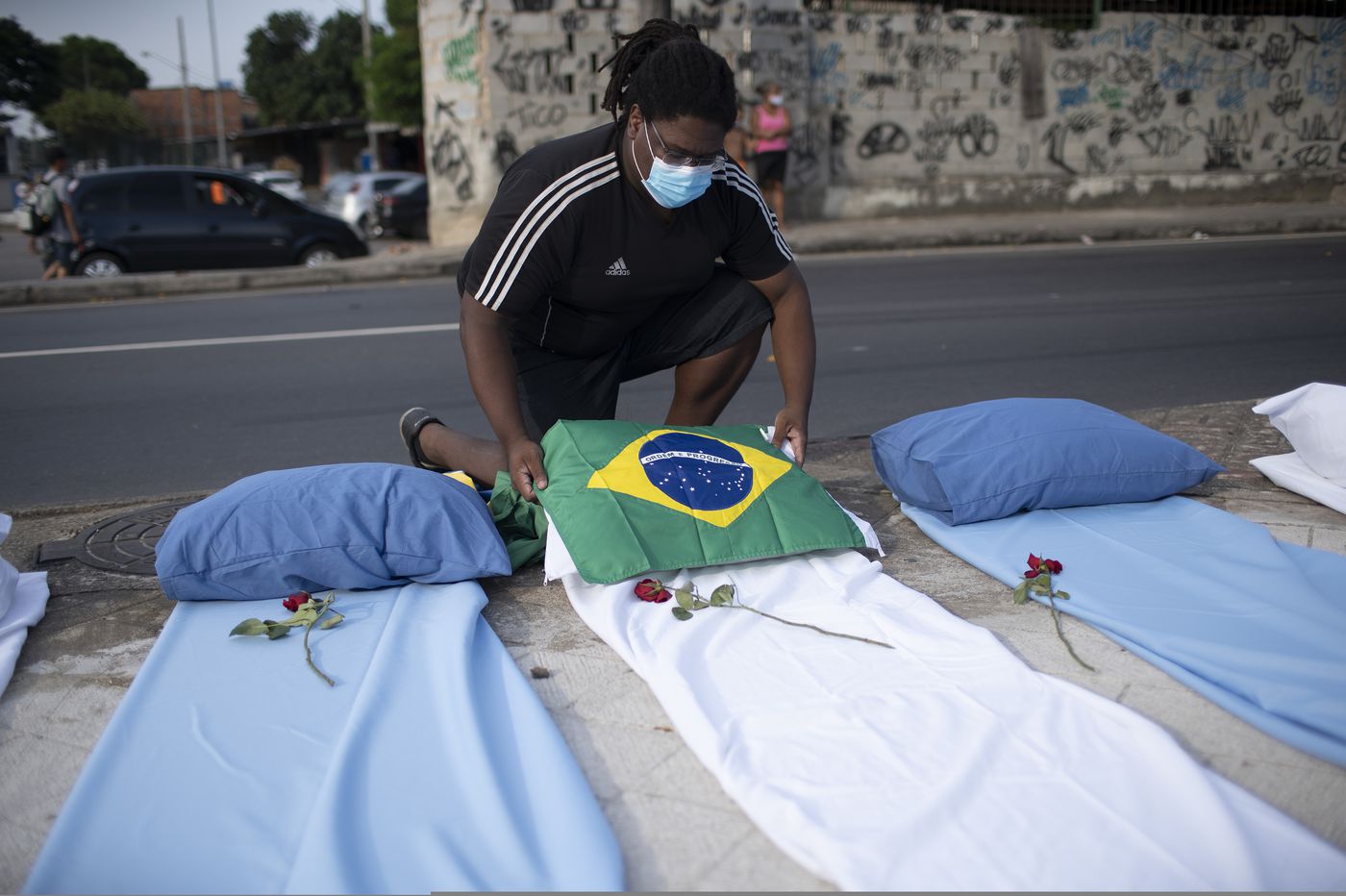 A demonstrator places a Brazil national flag on a mattress symbolizing COVID-19 victims, during a protest against the Government's handling of the COVID-19 pandemic, organized by the Rio de Paz NGO, in front of the Ronaldo Gazolla hospital in Rio de Janeiro, Brazil, Wednesday, March 24, 2021. (Photo: AP)

Wednesday’s coronavirus figures from the Brazilian health ministry added another 2,009 deaths to the country's tally, which local media say is an undercount.

On Tuesday, Brazil hit a single-day record of 3,251 COVID-19 deaths and authorities fear that April could be as grim as March in the country's overwhelmed hospitals.

Brazil added 100,000 deaths to its tally in only 75 days, a spike health experts have blamed on a lack of political coordination, new variants that spread more easily and a disregard for health protocols in many parts of the country.