BRASILIA, May 26 (Xinhua) -- Brazilian Health Minister Marcelo Queiroga announced on Wednesday that the government is set to sign a contract with pharmaceutical company AstraZeneca next week to produce the active ingredient to make the vaccine against COVID-19. 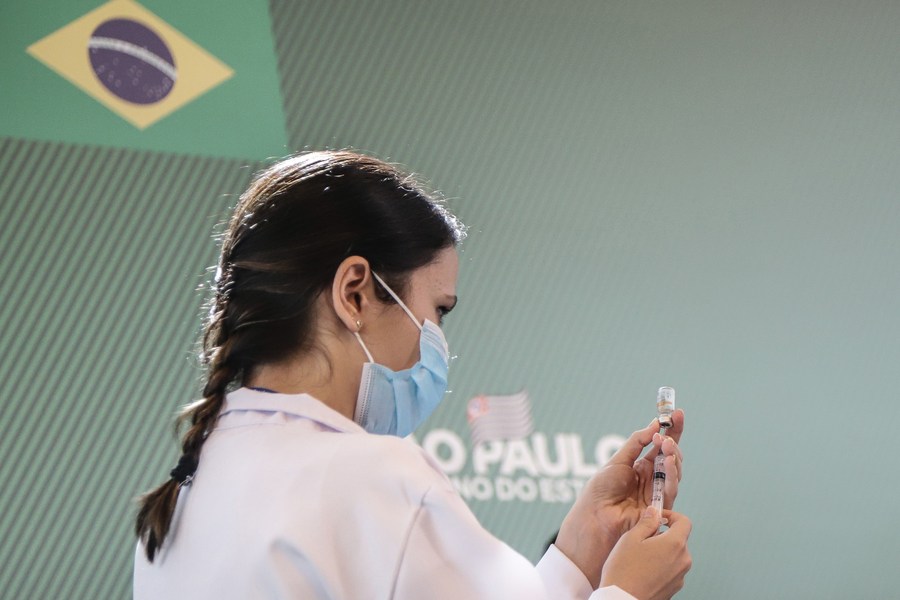 "With the connections made by the Ministry of Health, it will be possible, with everyone's commitment, to vaccinate the Brazilian population over 18 years old by the end of 2021," Queiroga said during a hearing in the Chamber of Deputies.

According to the minister, the contract signing should take place on June 1 in a ceremony that will be attended by Brazilian President Jair Bolsonaro, and then the product will be manufactured by the Oswaldo Cruz Foundation in Rio de Janeiro.

Queiroga pointed out that Brazil has contracted about 600 million doses of COVID-19 vaccines until 2022, of which just over 90 million doses have been distributed to states and municipalities.

In June, the government will distribute 41.9 million doses, he added, 12 million less than the initial forecast due to lack of supply.

The South American country has accumulated 16,194,209 COVID-19 cases and 452,031 deaths from the disease, according to the latest official report.