RIO DE JANEIRO, May 13 (Xinhua) -- Football fans with a history of violence have been barred from entering Brazil as the government moves to ensure public safety during the Copa America. 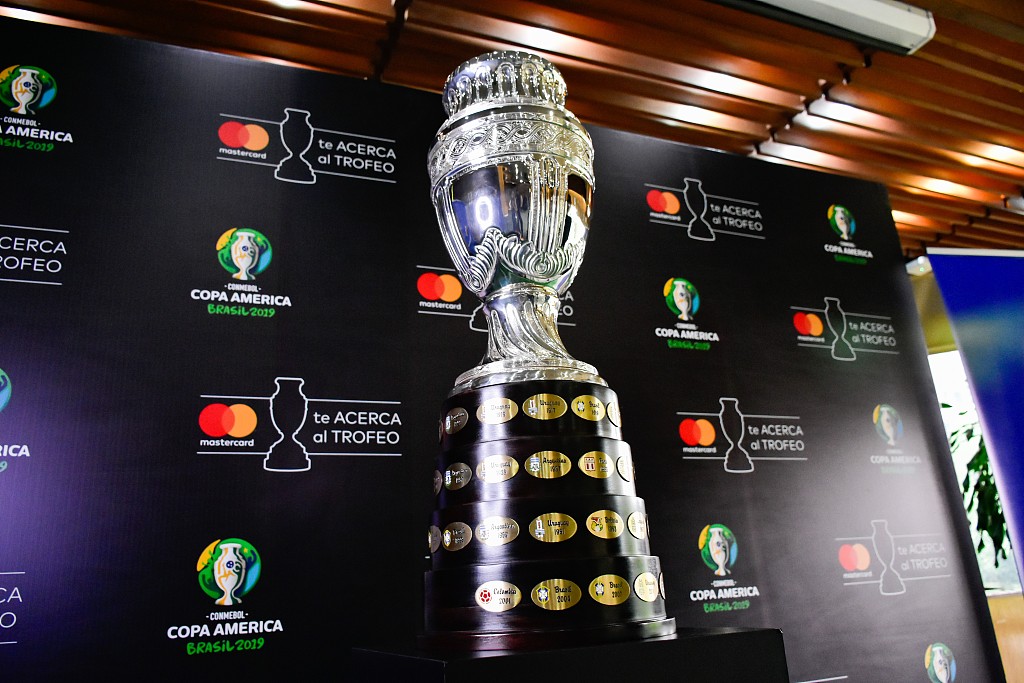 The Copa America trophy is exhibited at the Banco de Bogota building during the 'Trophy Tour' in Bogota, Colombia on May 7, 2019. (File photo: VCG)

Brazilian authorities sought cooperation from security forces in other countries to compile a blacklist of supporters that have participated in acts of hooliganism, the government said on Monday.

Immigration officials at airports, ports and land crossings have been instructed to prevent ex-offenders from entering the country. The order took effect on Monday and will remain in place until the final on July 7, according to a decree published in the official gazette.

The Copa America will be held from June 14 to July 7 in the cities of Sao Paulo, Porto Alegre, Rio de Janeiro, Belo Horizonte and Salvador.

The South American Football Confederation (CONMEBOL) has said it will hire around 10,000 security personnel to patrol the inside of stadiums during the event.

Brazil's police force will be responsible for law enforcement outside the venues.