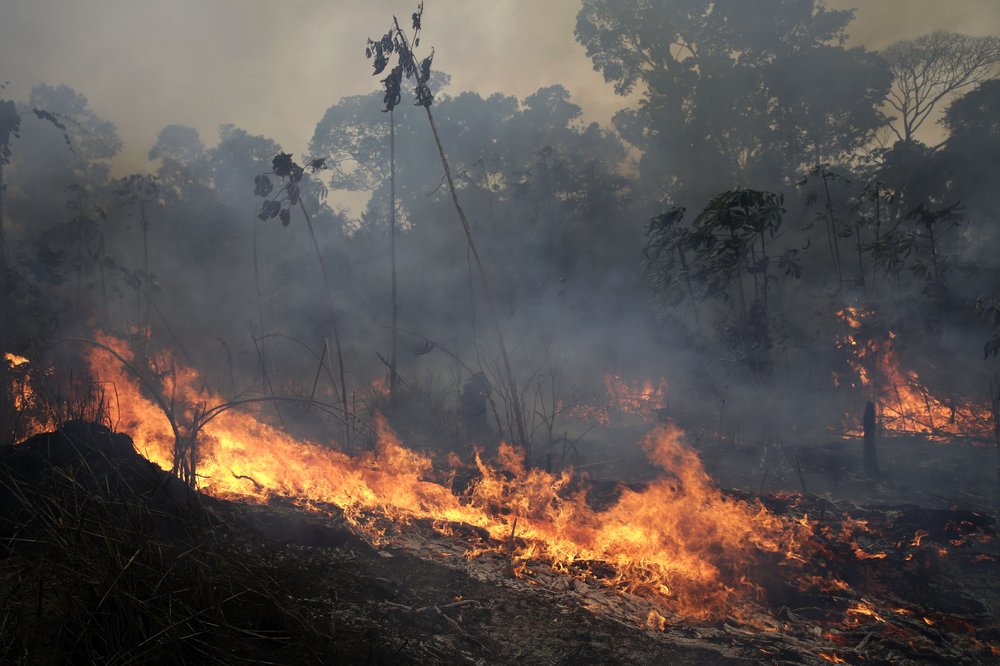 A fire burns along the road to Jacunda National Forest, near the city of Porto Velho in the Vila Nova Samuel region which is part of Brazil's Amazon, Monday, Aug. 26, 2019. (Photo: AP)

BRASILIA, Aug. 26 (Xinhua) -- Brazil's President Jair Bolsonaro on Monday said he spoke with his Colombian counterpart about a joint plan "to guarantee our sovereignty" over the Amazon rain forest and its natural resources.

Considered the lungs of Earth, the Amazon is mainly situated in Brazil, but parts of it lie in Colombia, Peru, Venezuela, Ecuador, Bolivia and other South American countries.

"In a conversation with President Ivan Duque of Colombia, we spoke about the need to have a joint plan between most of the countries that comprise the Amazon to guarantee our sovereignty and natural wealth," Bolsonaro posted on Twitter.

The Amazon and Brazil's commitment to environmental preservation have come into the spotlight due to a series of fires that have destroyed large swaths of the tropical forest.

Over the weekend, during a gathering of the Group of Seven (G7) in Biarritz, France, French President Emmanuel Macron proposed the member countries take part in fighting the fire.

So far this year, there have been 74,155 fires in Brazil, more than half of them in the Amazon jungle, an 84 percent increase compared with the same period in 2018, according to the National Space Research Institute, which monitors the region via satellite.