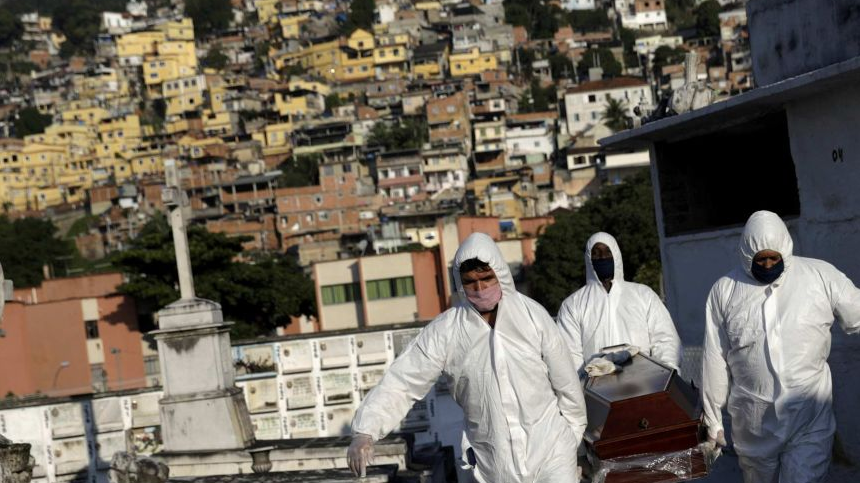 At the epicenter of South America's coronavirus outbreak, Brazil, according to the Health Ministry, saw an increase of 33,274 cases in the past 24 hours which brings the country's total caseload to 498,444, the second-highest in the world, lagging only behind the United States.

Sao Paulo and Rio de Janeiro remain the hardest-hit states in Brazil in terms of sheer numbers, while per capita rates are higher in the country's impoverished north and northeast, where health facilities are reaching capacity.

Brazil's Ministry of Health indicated there was no way to predict when the country's outbreak would peak, and experts said the number of cases could be 15 times higher than the confirmed figure because there has been no widespread testing.

The pandemic is spreading across Brazil under a cloud of confrontation, as governors and mayors implement restrictive measures while President Jair Bolsonaro, who has pinned his hopes of re-election on a booming economy, has berated them for imposing what he calls "the tyranny of total quarantine."

Bolsonaro has earned the nickname "Trump of the Tropics" for his populist zeal and anti-science approach to government. 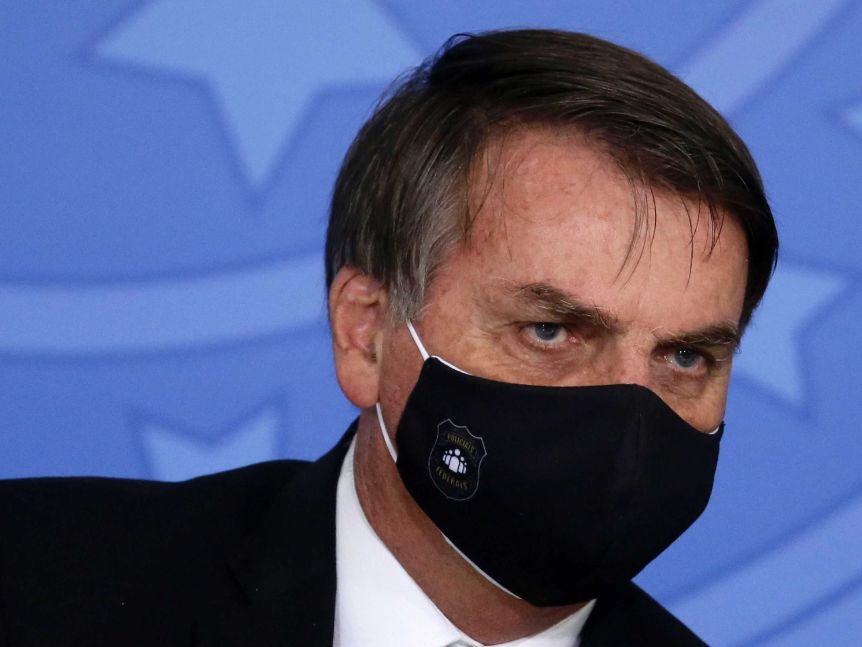 President Jair Bolsonaro has been urging business leaders to push for lifting lockdown orders in Sao Paulo to help the economy. (Photo: AP)

Indeed, his approach to the pandemic has often echoed that of the U.S. president. He downplayed COVID-19 for months, calling it "a little flu" that Brazilians were uniquely suited to overcome.

He's touted the unproven and potentially dangerous anti-malarial drug hydroxychloroquine as effective protection against the virus, noting the U.S. president was taking it preventively.

He demanded all but the elderly ignore the state governments' social isolation restrictions, even attending anti-lockdown protests in person to insist nothing was more important than the economy.

When the president sacked his health minister in April, he said: "Mandetta's vision was that of health, of life. Mine is more than life, it includes the economy, jobs."

One highly respected British medical journal, The Lancet, called Bolsonaro the "biggest threat" to public health in Brazil. In April, when the coronavirus death toll surpassed 5,000, the president told the press: "So what? I mourn, but what do you want me to do about it?"