WORLD Brazil embassy move to Jerusalem a question of 'when' not 'if': Netanyahu

Brazil embassy move to Jerusalem a question of 'when' not 'if': Netanyahu 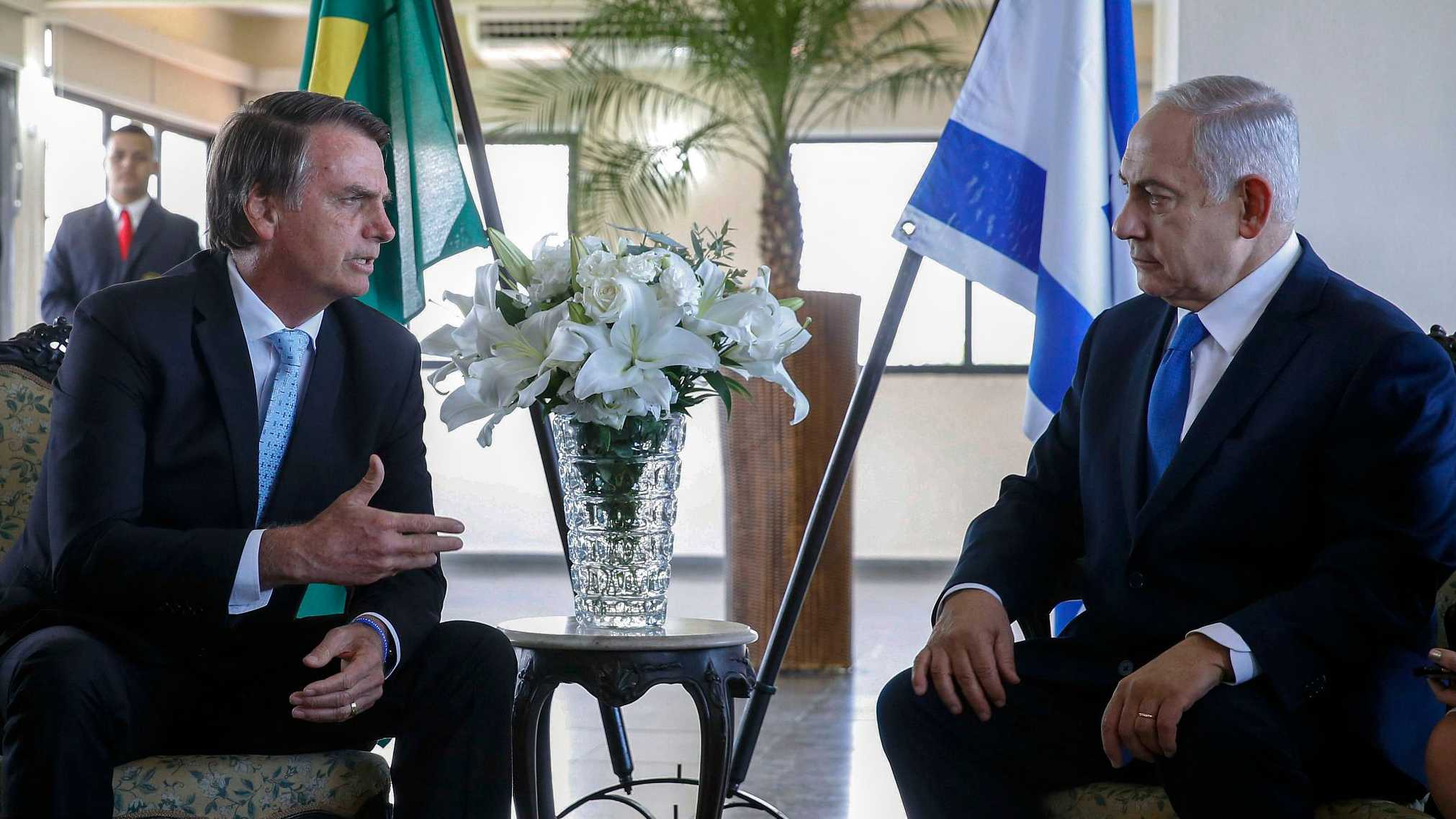 Brazil will definitely move its embassy in Israel to Jerusalem, with only the date of the transfer to be decided, Israeli Prime Minister Benjamin Netanyahu said Sunday during a visit to Rio de Janeiro.

"It's not a question of 'if' but of 'when'," Netanyahu told members of Rio's Jewish community, his office said in a statement.

He said Brazil's President-elect Jair Bolsonaro assured him of the move in a meeting on Friday.

He pointed to U.S. President Donald Trump going through with his promise to move his country's embassy and said, "Bolsonaro will also do so."

The issue of the embassy has been hovering over Netanyahu's visit to Brazil, the first-ever by an Israeli prime minister.

He arrived on Friday and went straight into his meeting with Bolsonaro, who is to be sworn-in in a ceremony in Brasilia on Tuesday, with Netanyahu among the foreign dignitaries attending.

Bolsonaro said in early November he intended to follow Trump's lead in moving his country's embassy from Tel Aviv to Jerusalem. But then he backtracked, saying "it hasn't been decided yet."