WORLD Brazil environmentalist Marina Silva to run for president in 2018

Brazil environmentalist Marina Silva to run for president in 2018 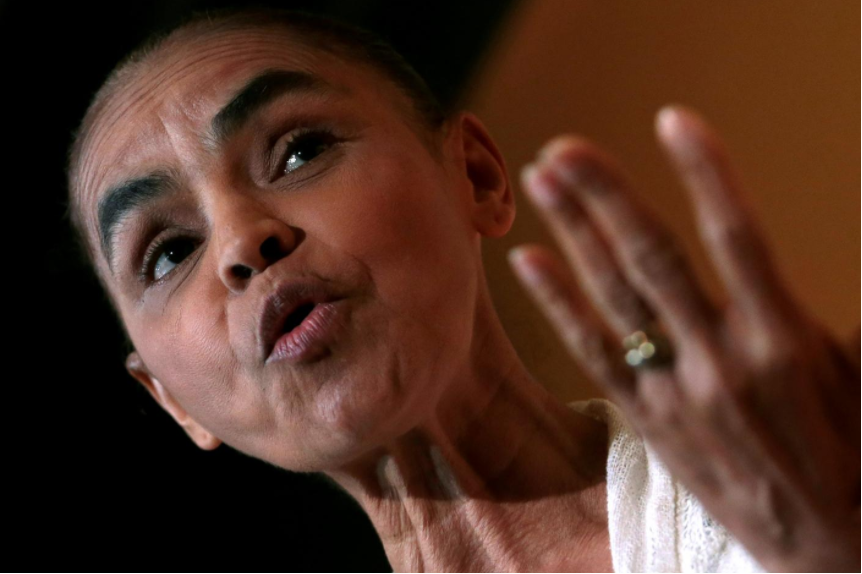 Former Brazilian senator and environmental minister Marina Silva said Saturday she will seek her party’s nomination to run for the presidency next year.

Silva said at a meeting of her Sustainability Network party (REDE) that she will vie for the nation’s top office, but it will only be official after the party’s national convention in April.

The 59-year-old environmentalist, born into a rubber tapping community in the Amazon rainforest and minister under former President Luiz Inacio Lula da Silva, has run in the previous two presidential elections, but never made it to a second round vote.

Silva said she would seek her party’s nomination because “Brazilians want a country free of corruption” and that she had the ethical bearings to deliver on that.

In the most recent election survey conducted by the respected Ibope polling institute in October, Silva was in the third position, with 8 percent of respondents saying they would vote for her.

But that poll included Lula as a possible candidate.

Lula was convicted in a corruption trial in July. If that conviction is upheld by a higher court prior to the October election, he will not be able to run.

If Lula is not a candidate, the Ibope poll had Silva in a first-place tie with right-wing candidate Jair Bolsonaro, a federal lawmaker, with both winning 15 percent approval in the survey.

In the 2010 election, Silva, then with the Green Party, took a surprising 20 percent of the first round vote, but it was not enough to push her into a runoff with eventual winner Dilma Rousseff.

In 2014, she ran for vice president on the Brazilian Socialist Party ticket headed by Eduardo Campos, who died when his campaign plane crashed just two months before the election. Silva took his spot and won 21 percent in the first round, again missing out on a runoff.

Supporters have praised her as Brazil’s most principled politician, which could play a large role in the next election.

Since early 2014, Brazilian prosecutors and police have carried out an unprecedented anti-corruption drive that has revealed stunning levels of political graft touching every major party, but not Silva‘s.

Silva has remained committed to fiscal responsibility, inflation targeting and a floating exchange rate, the so-called “tripod” of economic policies that gave Brazil stability after a period of rampant inflation and erratic growth in the 1990s.