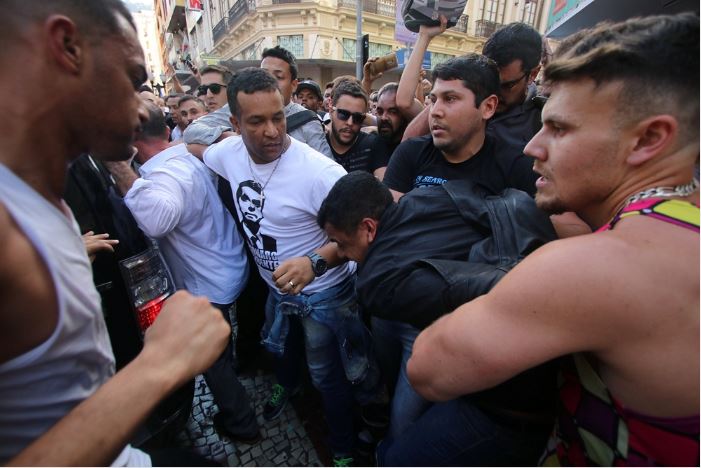 Brazil's front-running far-right presidential candidate Jair Bolsonaro was stabbed in the abdomen while campaigning on Thursday. He is in serious but stable condition in hospital following "successful" surgery, his running mate said.

Bolsonaro had been wounded in the liver, lung and intestine, but appeared to have stabilized, his son said.

A hospital spokeswoman in the city of Juiz de Fora in Minas Gerais state, where the attack took place, confirmed that Bolsonaro had been undergoing surgery but provided no details on his state nor his wounds.

The attack on Bolsonaro is a dramatic twist in what is already Brazil's most unpredictable election since the country's return to democracy three decades ago.

Violence in Brazil is rampant and political violence is common at the local level.

But violence against national political figures, even in the extremely heated political climate that has engulfed Brazil in recent years, is rare.

The Federal Police said in a statement that it had officers escorting Bolsonaro at the time of the knife attack and the "aggressor" was caught in the act. It said the circumstances were being investigated.

A suspect was taken into custody, but not yet identified, local police said, adding that they do not know if it was politically motivated.

Bolsonaro, who has spent nearly three decades in Congress, is a law-and-order candidate who routinely says that Brazilian police should kill suspected drug traffickers and other criminals at will.

Fernando Haddad, who will likely be the leftist Workers Party presidential candidate, said the stabbing was a "shame" and a "horror."