Brazil's first lady Michelle Bolsonaro tested positive for the new coronavirus Thursday, the government said, after her husband spent two weeks in quarantine with it. 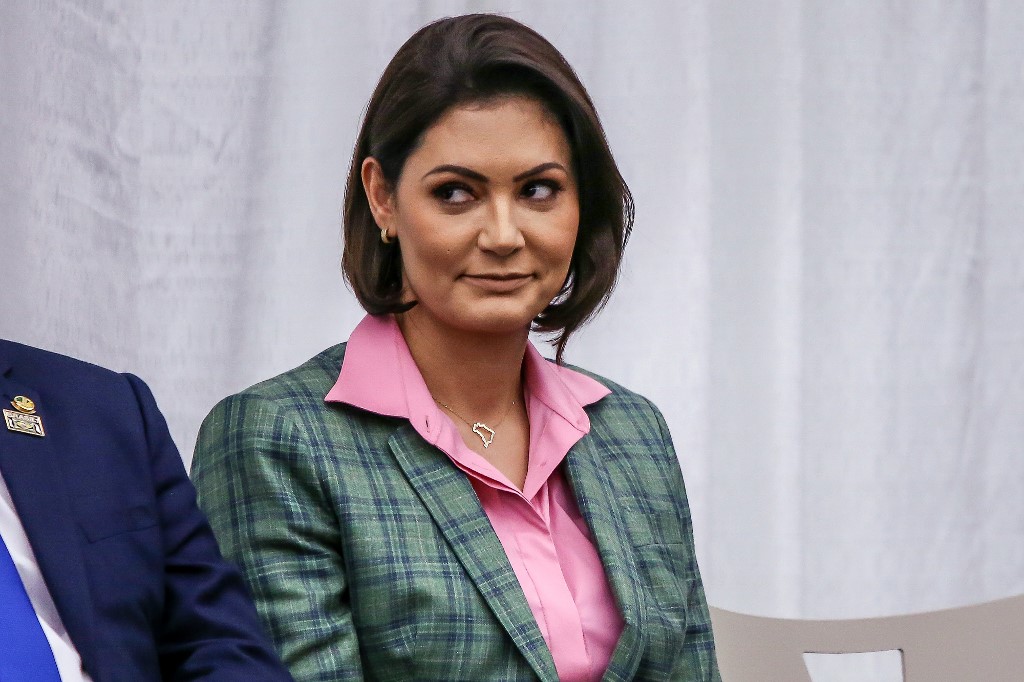 The announcement came five days after President Jair Bolsonaro said he was over his illness and had resumed his normal work routine.

Michelle Bolsonaro, 38, "is in good health and will follow all established protocols," the president's office said.

Bolsonaro, 65, has faced criticism for his handling of the pandemic as Brazil has surged to become the country with the second-highest number of infections and deaths in the world, after the United States: more than 2.5 million and 91,000, respectively.

The far-right president, who has compared the virus to a "little flu," has fought to end state and local stay-at-home measures to contain it, arguing the economic fallout could be worse than the disease itself.

He is instead pushing the drug hydroxychloroquine as a treatment, and took it himself when he was infected, despite numerous studies finding it has no benefit against COVID-19.

He again touted the medication Thursday, but did not say whether his wife was taking it.

"I would like to first thank God, and second the medication I was given, hydroxychloroquine," he said in his weekly Facebook live address.

He also revealed he was again feeling poorly and was taking antibiotics for an undisclosed illness.

"I just took a blood test, I was feeling a little weak yesterday. They found a bit of an infection," he said.

"After 20 days sitting at home, you come down with other problems. I guess I got moldy lungs."

"I think Bolsonaro invented his infection so he could do propaganda for this treatment," the former president (2003-2010) told a video news conference.

After Bolsonaro came down with a fever and tested positive for coronavirus on July 7, he spent three weeks in quarantine in the presidential palace, holding meetings remotely.

In his first public event since his illness, he greeted a crowd of supporters in the northeastern state of Piaui Thursday, removing his face mask to loud cheers.