RIO DE JANEIRO, Sept. 13 (Xinhua) -- Authorities confirmed on Friday that the fire at a hospital in the Brazilian city of Rio de Janeiro on Thursday night started in the hospital's power generator in the basement. 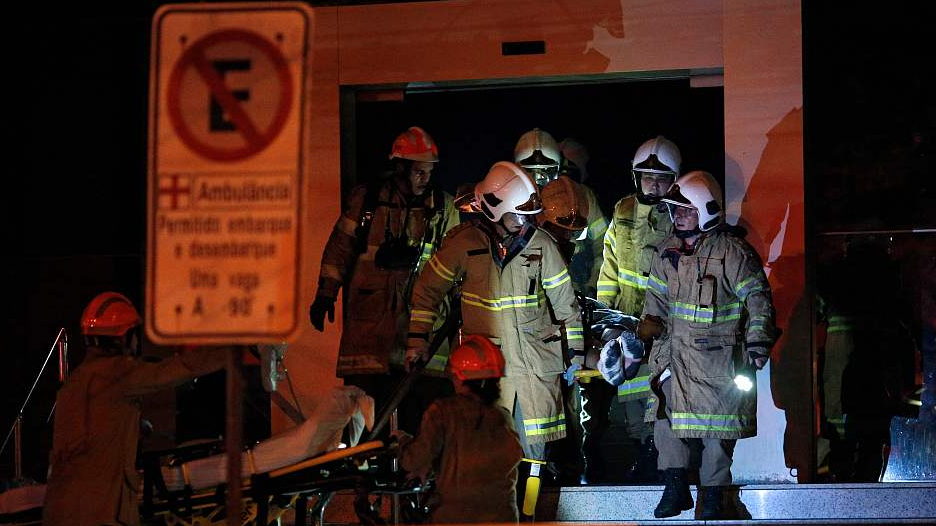 Investigators identified where the fire started through an analysis of the images from the hospital's cameras, and the police are still conducting forensics work.

The death toll reached 11 on Friday as a patient who had been transferred to another hospital on Thursday died during the day.

All victims were patients of the Badim Hospital, and all of them were elders, aged 66 to 96. According to the authorities, most victims died of smoke inhalation.

The Badim Hospital, a private facility located near the city's world-renowned Maracana stadium, had 103 patients occupying the infirmaries and intensive care units when the fire started. Firefighters from six precincts worked for hours to extinguish the fire and evacuate patients, caretakers and employees from the site.

Out of the patients transferred to 12 other facilities in the city, 15 were released and 77 remain hospitalized, the hospital administration stated. In addition, 20 out of the hospital's 224 workers are hospitalized as well.