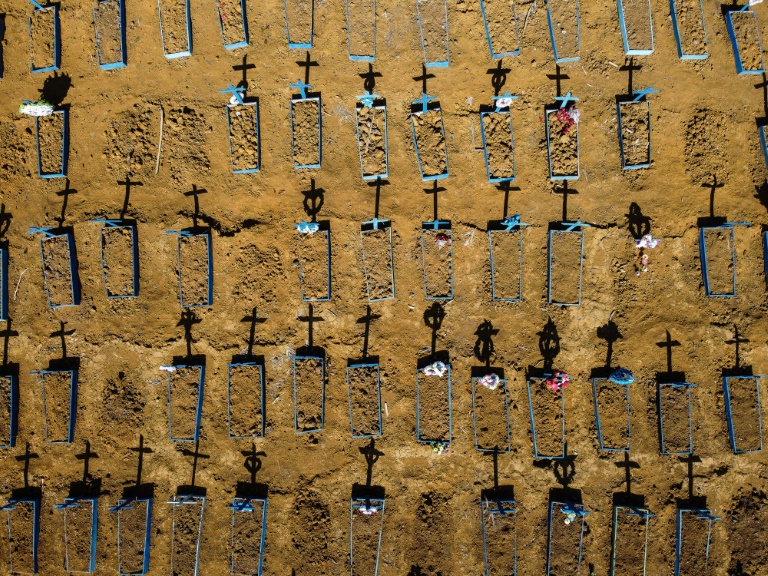 Brazil and Mexico reported record daily coronavirus death tolls as governments in Latin America battled to fortify their defenses against the pandemic with fresh lockdown orders and curfews.

In Europe where countries have been emerging from lockdowns, the European Central Bank was expected to beef up its plans to help virus-battered economies and Britain was preparing to host a summit to raise funds for a global vaccine alliance.

But as European countries moved to reopen their borders, South and Central America cemented their places as the new hotspots in the pandemic, while Iran -- the hardest-hit country in the Middle East -- announced a surge in infections.

Mexico on Wednesday announced more than 1,000 coronavirus deaths in a day for the first time, while Brazil, the region's worst-hit country, reported a record 1,349 daily deaths.

Brazilian President Jair Bolsonaro has staunchly opposed lockdowns but many local authorities have defied him and, with the crisis deepening, a vast section of Bahia state was placed under curfew.

In Chile, the government said it was extending a three-week shutdown of the capital Santiago after a new record for daily deaths.

And in Peru, the second worst-hit country in Latin America, desperate residents were lining up to buy oxygen tanks for their loved ones.

"We haven't found oxygen yet," said Lady Savalla in the capital Lima.

"I'm worried about my mom more than anything else, because she's going to need a lot of oxygen and the hospital doesn't have enough."