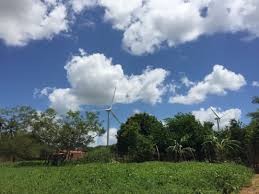 A report released on Wednesday by Brazil's Weather Observatory shows that the country managed to cut its greenhouse gas emissions by 2.3 percent in 2017.

According to the report, Brazil generated 2.071 billion tons of greenhouse gases last year, down from 2.119 billion tons in 2016.

The Weather Observatory attributed the fall to a reduction in the deforestation rate of the Amazon Rainforest. The destruction rate of Brazil's largest forest fell 12 percent from 2016 to 2017.

On the other hand, deforestation at the cerrado area, a savanna-like vegetation which covers a significant share of the country's central region, increased 11 percent.

According to the report, the agriculture sector in Brazil is responsible for 71 percent of the greenhouse gas emissions of the entire country -- a staggering 1.5 billion tons of emitted carbon dioxide. That includes the emissions caused by deforestation, which is usually made to pave the way for new pasture lands, and the emissions in the agricultural activity itself.

If the Brazilian agricultural sector were a country, it would have the eighth highest emission of greenhouse gases in the world, surpassing Japan, for example.

Greenhouse gas emissions are unequal in Brazil's states, with the states of Para, in the northern region, and Mato Grosso, in the midwestern region, having the highest figures. According to the Weather Observatory, that is due to deforestation, which is higher in those two states.