Brazil registers 0.86 pct inflation in February, highest for month since 2016

SAO PAULO, March 11 (Xinhua) -- Brazil registered inflation rate of 0.86 percent in February, the highest rate for the month since 2016, driven by an increase in fuel prices, the Brazilian Institute of Geography and Statistics (IBGE) said on Thursday. 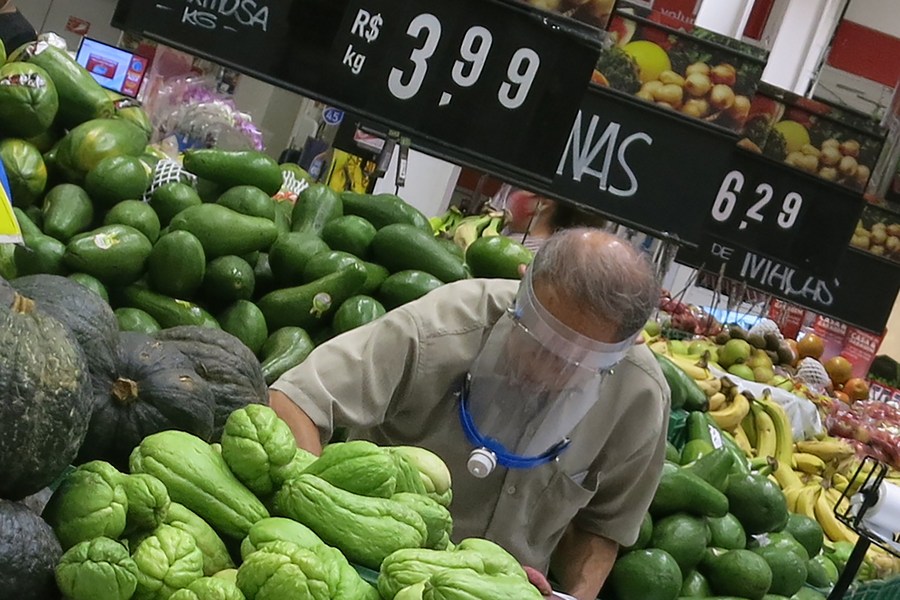 A man wearing a protective shield is seen at a supermarket in Sao Paulo, Brazil, on June 25, 2020. (File Photo: Xinhua)

February's Broad Consumer Price Index (IPCA) recorded an increase from the rate of 0.25 percent in January, and brought the 12-month accumulated index to 5.2 percent, higher than the official inflation target for the year, which is 3.75 percent.

For the first two months of the year, the IPCA accumulated an increase of 1.11 percent.

According to the IBGE report, a 7.11 percent increase in gasoline prices was responsible for about 42 percent of February's inflation.

Among the nine groups of products and services analyzed, eight registered price increases in February.