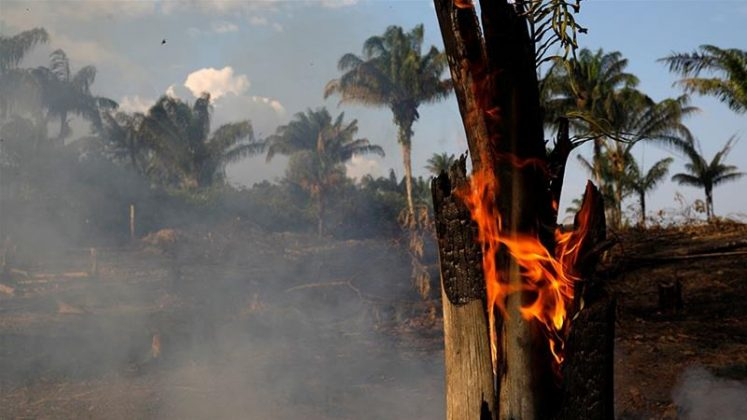 RIO DE JANEIRO, Aug. 27 (Xinhua) -- Brazil on Monday turned down aid from the Group of Seven (G7) member states to fight the ongoing devastating wildfires in the Amazon rainforest.

The countries made the 20-million-US-dollar aid offer at the G7 summit hosted by French President Emmanuel Macron in the French seaside resort of Biarritz. Macron proposed that the member countries take part in fighting the fire.

"Macron cannot even avoid a foreseeable fire in a church that is a world heritage site," he added, referring to the fire in April that devastated the Notre-Dame cathedral. "What does he intend to teach our country?"

Although Brazil owns some 60 percent of the Amazon rainforest, the forest also covers eight other countries or territories, including the French overseas territory of Guiana on the northeast coast of South America.

A total of 71,497 forest fires were registered in Brazil in the first eight months of 2019, up from 39,194 a year ago, according to data from Brazil's National Institute for Space Research.