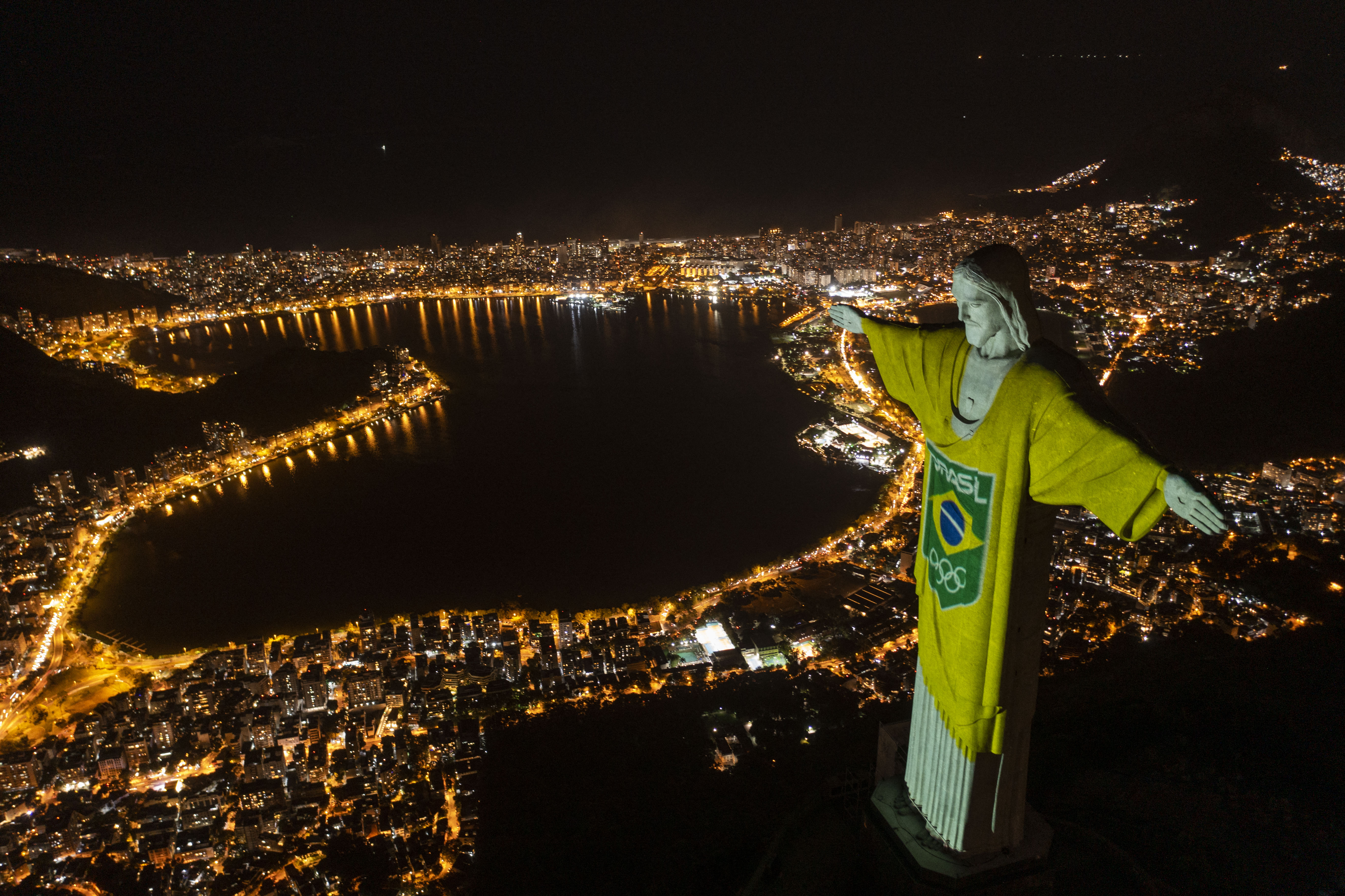 Aerial view of the statue of Christ the Redeemer illuminated with the Brazilian flag colours and Olympic arrows in Rio de Janeiro, Brazil, on April 14, 2021. (Photo: AFP)

Brazil's economy recorded stronger-than-expected growth in the first quarter, with a 1.2 percent increase in GDP compared to the fourth quarter of 2020, according to official figures released Tuesday.

Experts cited by the economic daily Valor had predicted growth of 0.7 percent for the first quarter, after the record 4.1 percent contraction of annual GDP in 2020.