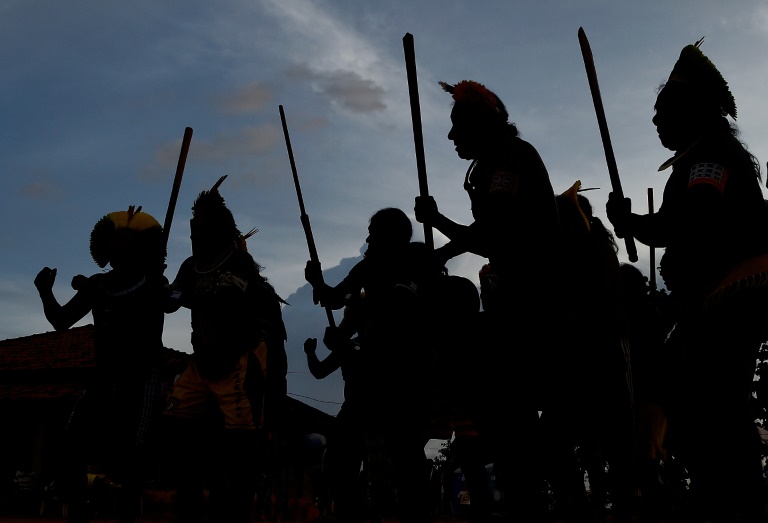 Kayapo tribe members perform a ceremony as dozens of Amazon indigenous leaders gathered in January in the heart of the Brazil's rainforest in solidarity against Jair Bolsonaro's environmental policies. (Photo: AFP)

Brazilian President Jair Bolsonaro on Wednesday introduced a controversial bill that opens up indigenous lands, many of them in the Amazon, to mining, agricultural activities and hydraulic energy production.

The far-right president described the measure, which still needs approval in Congress, as a "dream" while indigenous leaders have labeled it a "genocide bill."

The measure, which has not yet been published, allows both indigenous and third-party developers to participate in the new land development.

"I hope that this dream... comes true," Bolsonaro said during a ceremony.

"An indigenous person is a human being exactly like us, who has a heart, has a soul, has desires, has needs, and is as Brazilian as we are," he said.

In a statement, the presidency said the "omission" of previous governments to regulate these activities had caused legal uncertainty "and encouraged illegal mining."

Some 600 Brazilian indigenous leaders gathered in the Amazon state of Mato Grosso in January to denounce what they called the government's "genocide, ethnocide and ecoside."

Bolsonaro's government, however, maintains that many indigenous leaders support its projects.