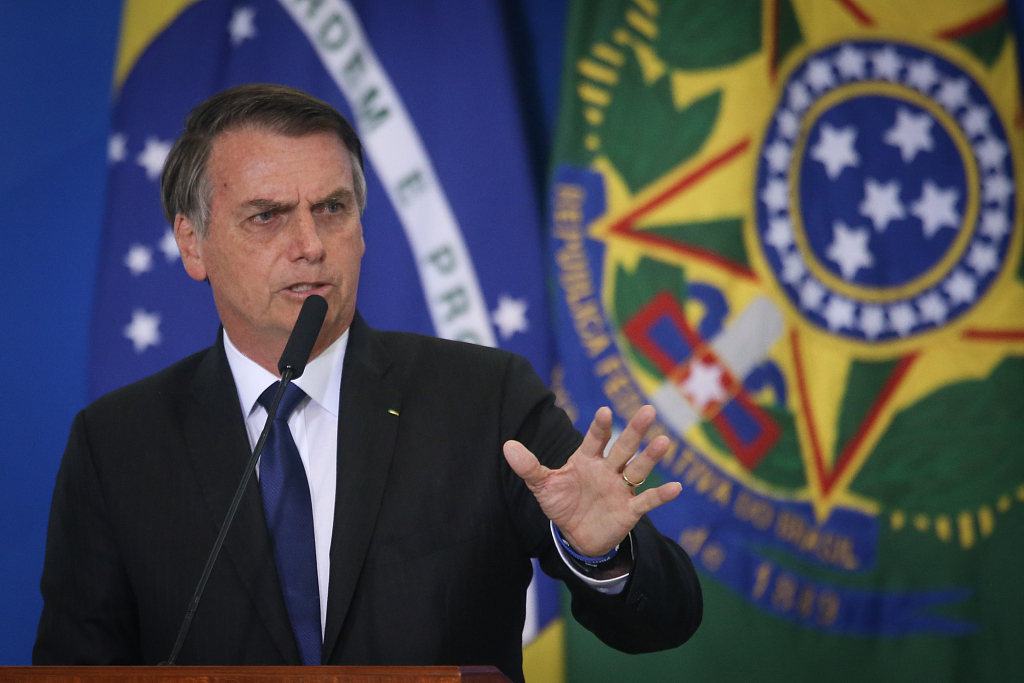 RIO DE JANEIRO, Aug. 29 (Xinhua) -- Brazil's President Jair Bolsonaro said on Thursday that the 0.4-percent rise in the country's gross domestic product (GDP) registered in the second quarter, is a sign that the country is on the right path.

"Brazil's GDP grew by 0.4 percent in the second quarter of 2019, twice as much as the newspapers and experts expected and the best results for the period in six years," the president tweeted. "We are on the right path."

Later on, at an event to launch a program to fight violent crimes, Bolsonaro commented on the GDP figures again, saying despite the advance, Brazil still has a long way to go in economic recovery.

Brazil's economy, the largest in Latin America, rebounded during the second quarter of 2019, growing 0.4 percent from the previous quarter and by 1 percent from a year ago, the Brazilian Institute of Geography and Statistics said on Thursday.