Brazil's Bolsonaro says 'worst is yet to come' on oil spill

Brazilian President Jair Bolsonaro said Sunday that "the worst is yet to come" with an oil spill that has affected more than 200 beaches on the country's coast. 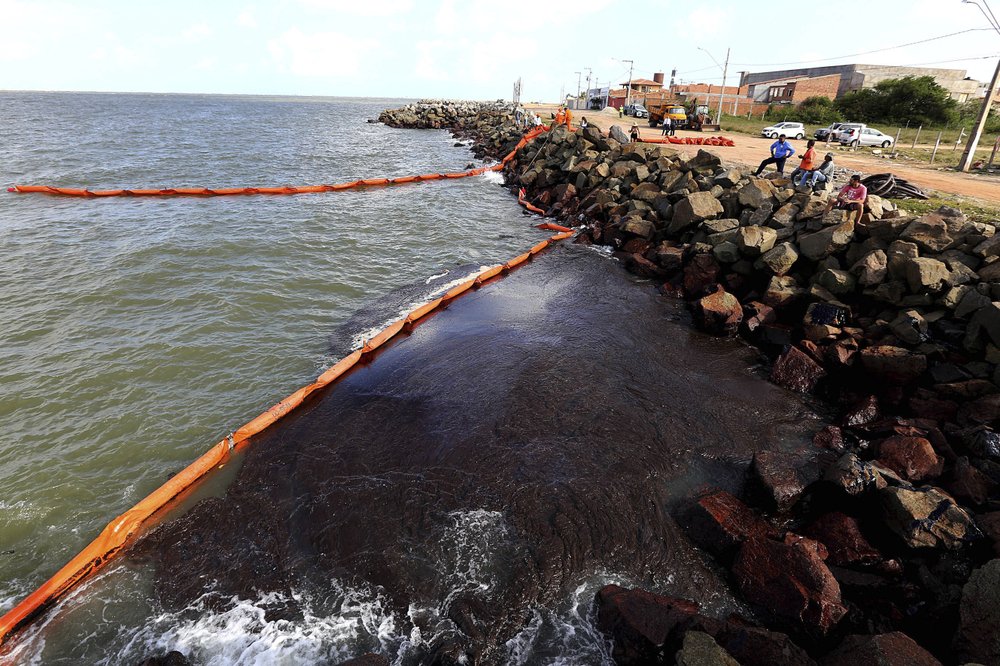 "What came so far and what was collected is a small amount of what was spilled," Bolsonaro said in an interview with Record television.

He said he did not know if additional oil would impact his country's coastline, but that "everything indicates that the currents went to the coast of Brazil."

Oil slicks have been appearing for three months off the coast of northeast Brazil and fouling beaches along a 2,000 kilometer (1,250 mile) area of Brazil's most celebrated shoreline.

Crews and volunteers have cleaned up tons of oil on the beaches.

Officials say it not yet possible to quantify the environmental and economic damage from the oil slicks.

The government on Friday named a Greek-flagged tanker as the prime suspect behind the oil slicks.

The ship Bouboulina took on oil in Venezuela and was headed for Singapore, it said.

The space agency Inpe said Friday there might still be oil at sea being pushed by currents and it could reach the states of Espiritu Santo and Rio de Janeiro in southeast Brazil.