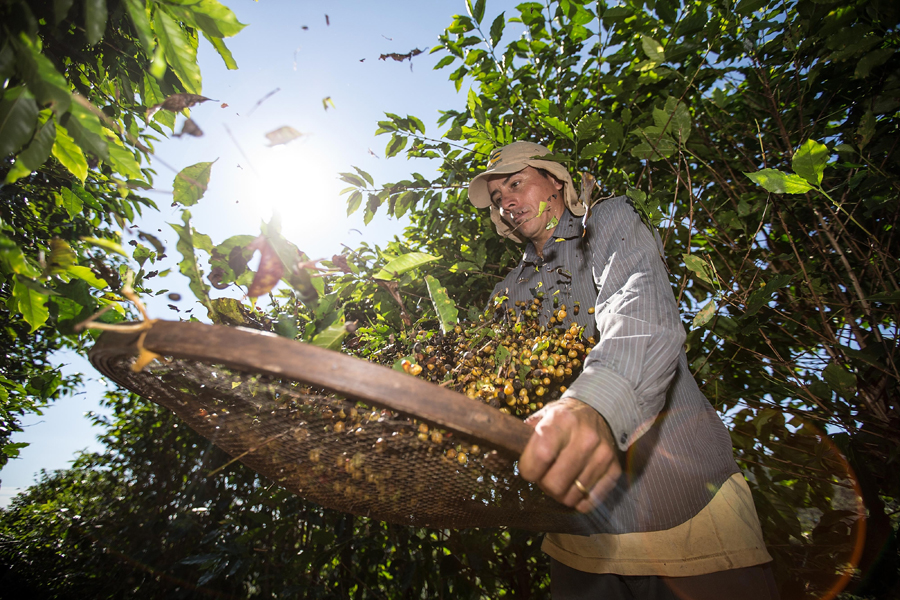 A worker sieves out stray leaves from coffee beans at a plantation in southern Brazil. (Photo:Xinhua)

According to the group's monthly report, Brazil sold 4,092,194 sacks of coffee abroad in October, 8.5 percent more in terms of turnover compared to the same month the year before.

"October exports had an excellent performance, marking a record for the month," Cecafe's president, Nelson Carvalhaes, said in the report.

This year's highest volume in exports so far was in September, with 4,174,996 sacks shipped abroad.

Despite the novel coronavirus pandemic, Brazilian agribusiness saw "consistent and safe" output in 2020, he added.

Exports in the first 10 months of the year were the highest of the last five years, both in volume and in turnover, according to data from Cecafe.

Between January and October of this year, Brazil exported just over 35 million sacks of coffee, 1.9 percent more compared to the same period in 2019, while billing in U.S. dollars increased 3 percent in the same period.

The main export markets for Brazilian coffee were the United States, Germany, Belgium, Italy, Japan, Turkey and Russia, in that order.