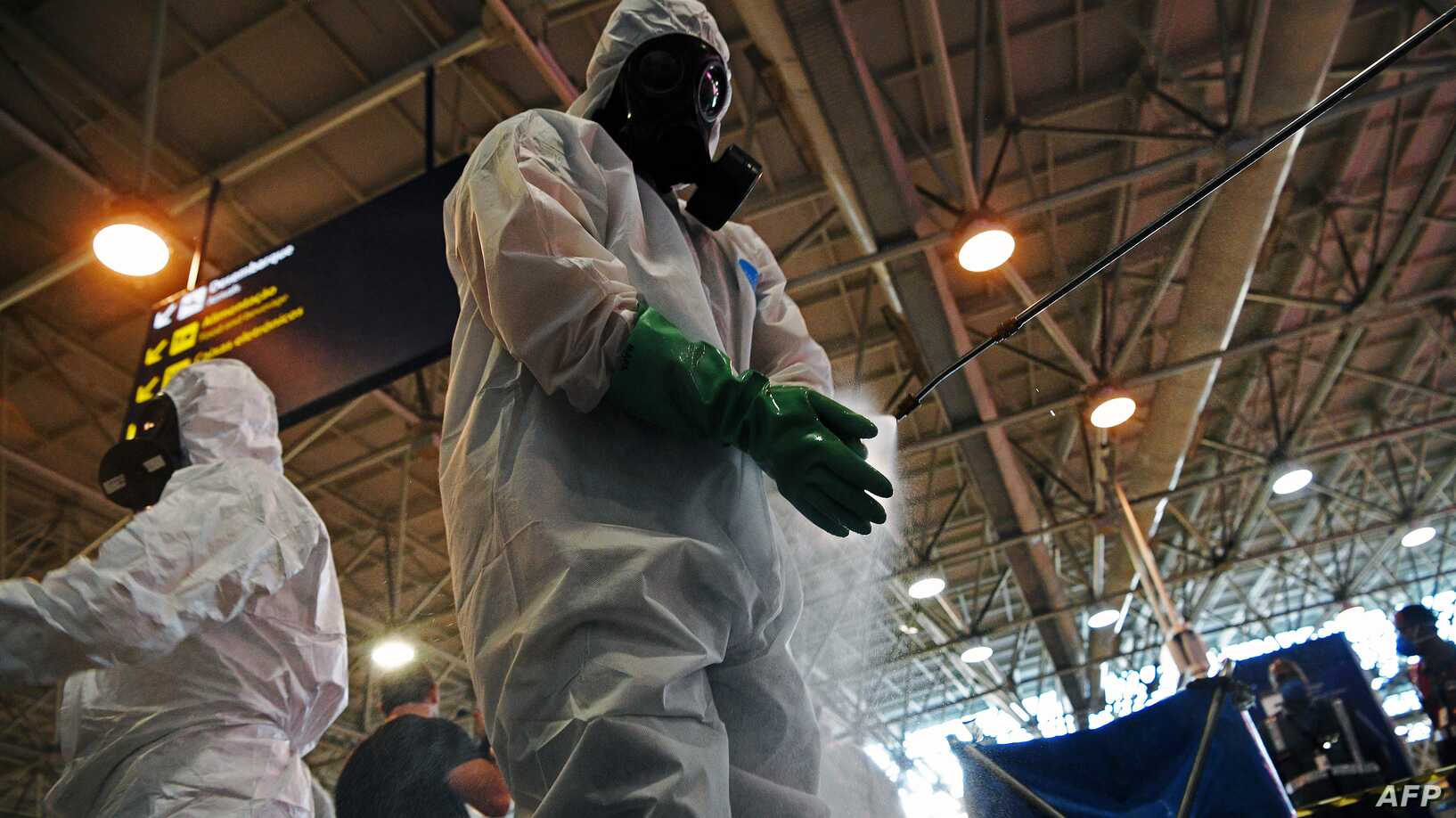 A soldier disinfects his gloves after carrying out a disinfection operation against COVID-19 at Tom Jobim Galeao International Airport in Rio de Janeiro, Brazil, on April 24, 2020. (Photo: AFP)

Brazil's COVID-19 death toll passed 15,000 on Saturday, official data showed, while its number of infections topped 230,000, making it the country with the fourth-highest number of cases in the world.

With 15,633 deaths and 233,142 confirmed cases, Brazil -- whose president Jair Bolsonaro has dismissed the disease as a "little flu" -- is at the epicenter of infections in Latin America.

Experts say under-testing means the real figures could be 15 times higher or more, and warn the worst is yet to come.

The sprawling South American country registered 816 deaths and 14,919 new cases in the past 24 hours.

Despite the rising tolls, Bolsonaro on Saturday attacked lockdown measures taken by some governors to contain the spread of the virus.

"Unemployment, hunger and misery will be the future of those who support the tyranny of total isolation," the far-right president tweeted, a day after Health Minister Nelson Teich resigned after less than a month on the job.

The president insists business closures and stay-at-home orders are unnecessarily damaging the economy.