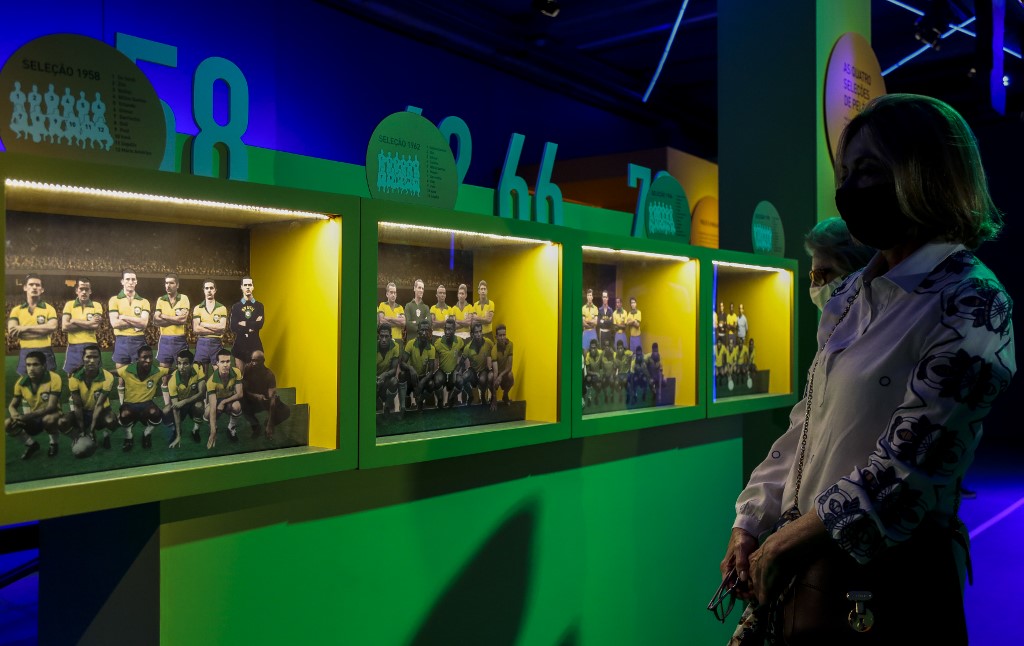 A woman attends to an exhibition in honor of Brazilian retired footballer Edson Arantes do Nascimento, know as Pele, whose 80th birthday celebrates on the next 23rd, at the Football Museum, in Sao Paulo, Brazil on October 15, 2020 amid the COVID-19 coronavirus pandemic. (Photo: AFP)

BRASILIA, Oct. 15 (Xinhua) -- Economic activity in Brazil rose 1.06 percent in August compared to July, marking the fourth month in a row of recovery after the economic downturn caused by the novel coronavirus pandemic, the Central Bank of Brazil said on Thursday.

According to the bank's Economic Activity Index (IBC-Br), the economy shrank 3.92 percent in August compared to the same period of 2019.

In the first eight months of the year, economic activity accumulated a 5.44 percent contraction, while in the 12 months ending in August, it shrank 3.09 percent.

Specialists warn the economic activity index should not be taken at face value, because central bank estimates do not always end up coinciding with the official indexes released by the Brazilian Institute of Geography and Statistics (IBGE).

In 2019, Brazil's economy grew 1.1 percent, the weakest growth in three years, according to official IBGE data.