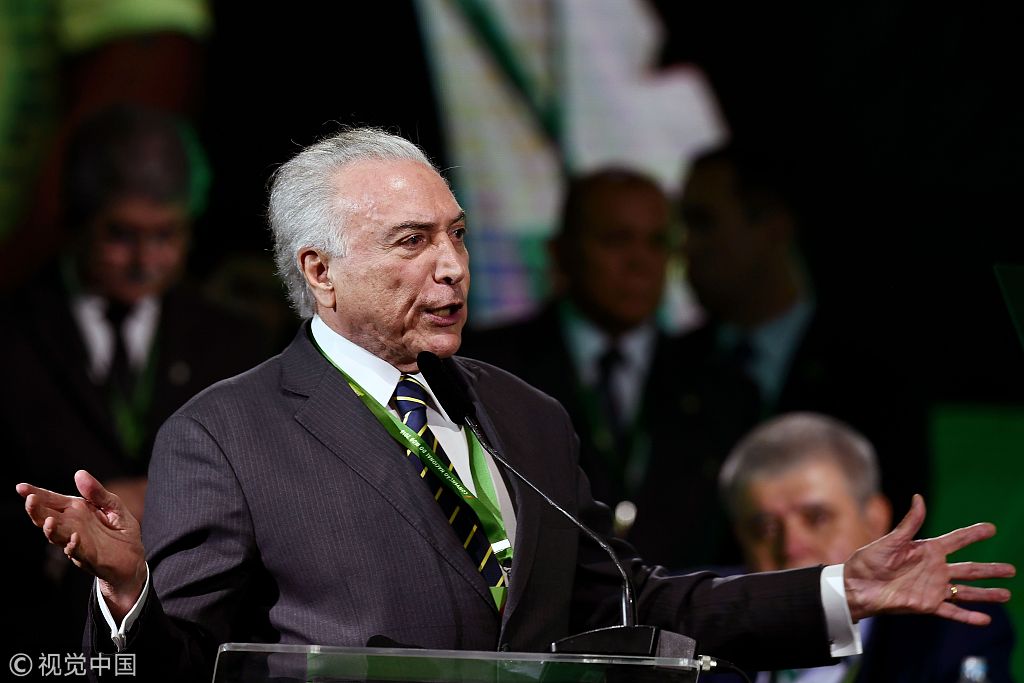 In a report sent to the Supreme Court earlier on Wednesday, the Federal Police said that there is also evidence that Temer may have committed the crimes of money laundering and bribe-taking.

The president held meetings on May 2014, in which Odebrecht agreed to pay some 10 million reals to Temer's party MDB (Brazilian Democratic Movement), it said.

The presidential office denied all accusations and called the report "an attempt against logic and chronology."

The meetings mentioned in the report were about formal support to election campaigns, and all amounts donated have been properly declared on the campaign accounts, it said.

"The investigation proves to be absolute persecution to the president, breaching the most elementary principles of cause and effect," said the presidential office.

The case was presented to Judge Edson Fachin, rapporteur of the case in the Supreme Court, who will forward the report to the Office of the Prosecutor-General to decide whether to present a formal denouncement against Temer.