WORLD Brazil's industrial output up for 5th month in a row

Brazil's industrial output up for 5th month in a row 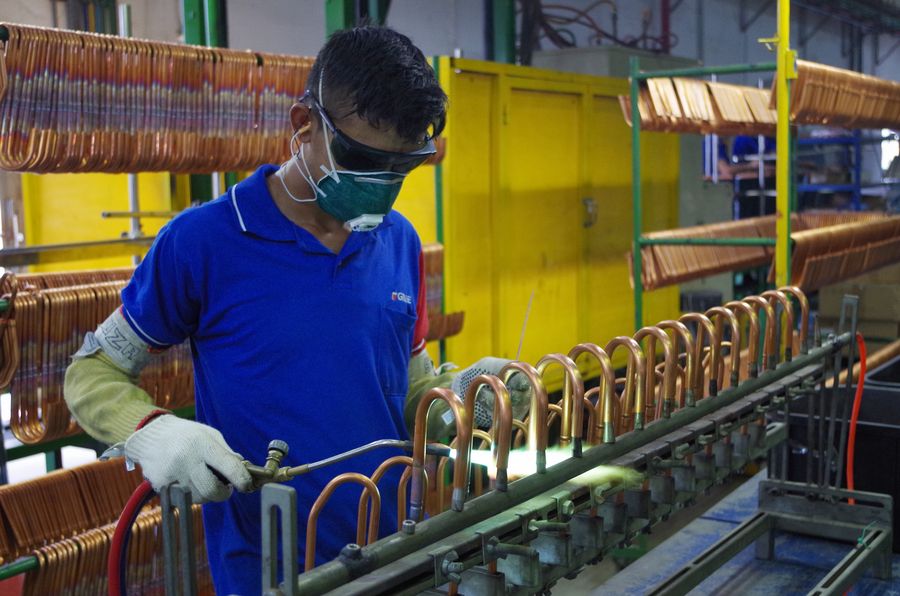 An employee works at the company Gree in Manaus, in the state of Amazonas, Brazil on May 6, 2016. (Photo: Xinhua)

According to a CNI survey, the production evolution index reached 58.3 points last month, while employment grew for the third consecutive month, and the number of employees index stood at 54.9 points.

The indices range from zero to 100, with results above 50 points indicating an increase in production and employment compared to the previous month.

Average installed capacity utilization increased for the sixth month in a row to reach 74 percent in October, two percentage points higher than in September.

However, even with the increase in production, inventories continued to fall and are below the desired level.

"Low inventories indicate the need to continue with a stronger production level," Marcelo Azevedo, manager of Economic Analysis at the CNI, said when presenting the survey.