Brazil's jobless rate dips to 14 pct from September to November 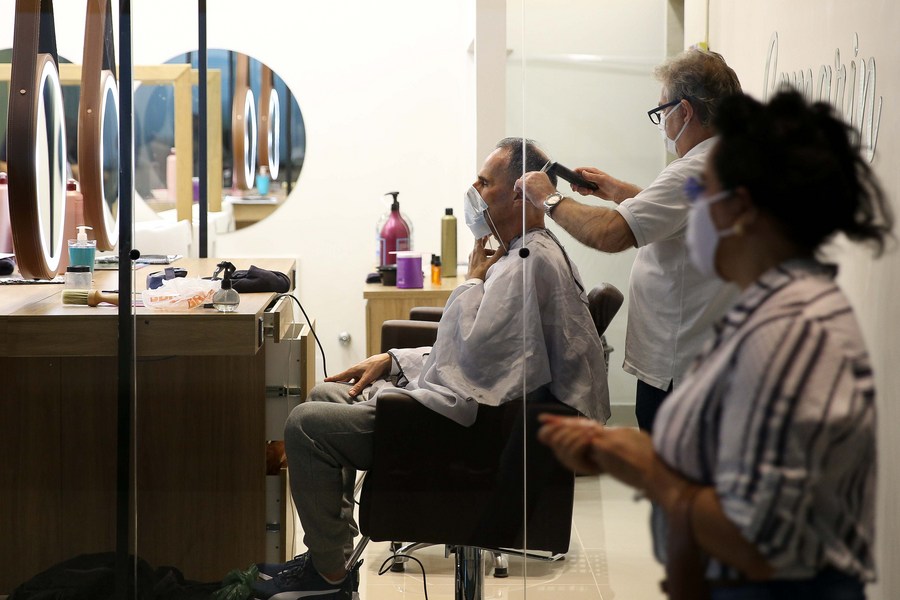 A customer gets a haircut at a hairdressing shop in Sao Paulo, Brazil, July 6, 2020. (Photo: Xinhua)

According to the IBGE report, it marked the second consecutive decline in the unemployment rate, after the index registered 14.3 percent in the three months ending in October, and signified some 14 million people were jobless.

Between September and November, unemployment rose 2.9 percentage points compared to the same period of 2019, when the index was at 11.2 percent.

The 14 million jobless registered between September and November remained stable compared to the previous three months (13.8 million) but rose by 18.2 percent, or 2.2 million people, compared to the same period of 2019.

Between September and November, the employed population numbered 85.6 million people, or 4.8 percent more than in the previous three months but 9.4 percent lower (8.8 million fewer people) than in same period of 2019.

"The growth of the employed population is the highest on record. This shows progress in employment after several months in which the statistic was down," the IBGE said.

"The expansion is linked to people's return to the job market, which they were away from due to social distancing, and an uptick in the hiring process during this time of the year, when there is a natural trend of growth in employment," the institute said.

Unemployment in Brazil rose for 10 months in a row starting in December 2019, when it was at 11 percent, to reach 14.6 percent in September, according to the IBGE report.

The unemployment rate in Brazil has fallen due to a relaxation of pandemic lockdown measures and the reactivation of economic activity.